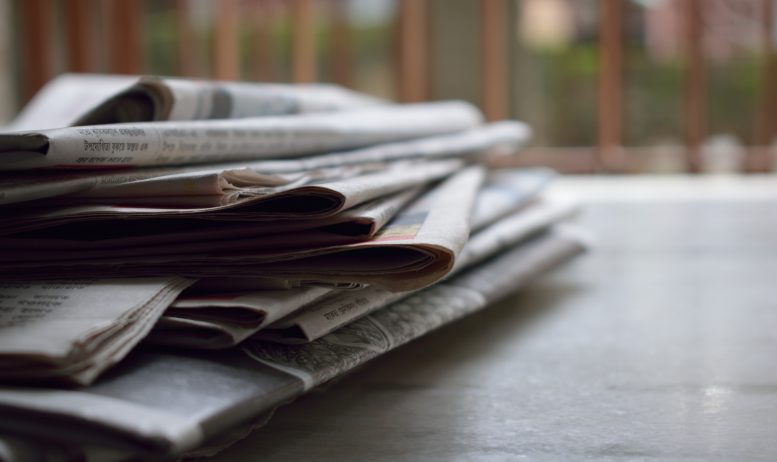 Paper given at the launch of the Kirby Laing Centre for Public Theology, Cambridge, 1 September 2022

A considerable amount of work has been done to make good the blackout in journalism history identified by American scholar Elizabeth Eisenstein – but it does not go far enough, nor can the essential outlines be found conveniently in one place.  My forthcoming book Unacceptable Truth: The Christian Foundations of Journalism attends to that lacuna.

The rise of the Fourth Estate was a story that “remained to be told”, Eisenstein wrote in her famous 1979 book The Printing Press as an Agent of Change. The Fourth Estate of course being that group of scribblers now allowed officially to sit in the public gallery of the House of Commons from the end of the 1700s.  It was, so the story goes, Edmund Burke who differentiated them from the other three estates, Prelates, Commons and Lords Temporal.  He declared that the “Fourth Estate were more important far than they all”. Why did he think it? What did he mean by it? And is it still the case today, for all the scandals and dissipation of our press? For we still use the term.

That the Judeo-Christian genesis, rise and practice of the Fourth Estate should have elicited almost no detailed analysis by the late 1970s, and is mostly lost on us today is extraordinary.  Journalism eventually emerged with the churning world of book mongering that Gutenberg’s invention in 1450 made possible. Eisenstein herself inaugurated the new field of “print studies”, after discovering that no one had done work on the technological, sociological, or cultural impact of the printing press itself.

Andrew Pettegree at St Andrews University saw his opportunity and established almost a one-man factory producing at a quite alarming rate books and papers about the books and the newspapers that the print marvel stimulated, and that have filled to some extent the gap identified by Eisenstein.  There are other seminal works that cover the ground of pamphleteering, so important to the prospects of small print businesses of the Reformation. And there are books about Catholic indulgences, the written, then printed, pardons that formed the spiritual, emotional and financial infrastructure of early Europe on which even Gutenberg established a viable income stream. These books largely address the “how” question about journalism’s beginnings.

But the historical “why” pillars on which these works stand are even more important and are anything but obvious to the postmodern student of journalism.  One has to consult a vast array of sources from different disciplines to arrive at a clear picture that answers the perfectly legitimate, although largely disallowed question: “Why did journalism proper arise where and when it did – in Christendom?”

Work by Jewish scholars like Frank Auerbach, Seth Sanders, George Steiner and Larry Siedentop are all momentous elements in the image that emerges from the lump of unsculpted stone of journalism history.  One must combine a mass of material to comprehend the ideas, aptitudes and opportunities that made journalism possible. And one must do it against the tide of secularization and the deliberate obscuring of the religious dimension of early modern political thought, to which journalism was the handmaid.  A vast and perhaps impossible task, and you alone must be the judge of whether what follows is adequate enough a sketch to whet the appetite for a much more compendious treatment than I have been able to manage.

But media historians are irked by the problems of obfuscation that we face.  Michael Pickering in the 2016 Routledge Companion of Media History for example says that “the lack of historical reference and scope in media studies has a number of causes, but certainly the postmodernist attack on history’s credentials as a form of knowledge . . . ha[s] encouraged an assumption of the past as settled and over, and so of little relevance to what is happening today.”

And by “what is happening today” one must assume he meant the attrition of accountability – or public service – journalism; the trivialisation of so much that passes for news; fake news; and far from least, the democratic deficit arising from the loss of historic revenues identified by many others like Alan Rusbridger, Martin Bell, and Frances Cairncross.  If we understand accountability journalism as salt and light – the germ of democracy and the preserver of freedom and justice – we have to let truth speak to us from the past, and from within its own discourse.  This means studying journalism not as “media studies”, which evidently has a problem as Pickering pointed out, but as public theology.

The once Marxist atheist Jurgen Habermas it was who made the connections clear.  The egalitarian universalism, from which sprang the ideas of freedom and social solidarity, of an autonomous conduct of life and emancipation, of the individual morality of conscience, human rights, and democracy was, he said, “the direct heir to the Judaic ethic of justice and the Christian ethic of love.  . . . To this day, there is no alternative to it.   . . .  we continue to draw on the substance of this heritage.  Everything else is just idle postmodern talk”.

This, like much else that the Kirby Laing Centre for Public Theology in Cambridge is doing, is a work of cultural retrieval, or deliberate revisionism, without which, says the great sociologist Charles Taylor in his masterpiece Sources of the Self, modernity cannot be rightly understood. I am grateful for the opportunity I have had to bring journalism into its ambit.