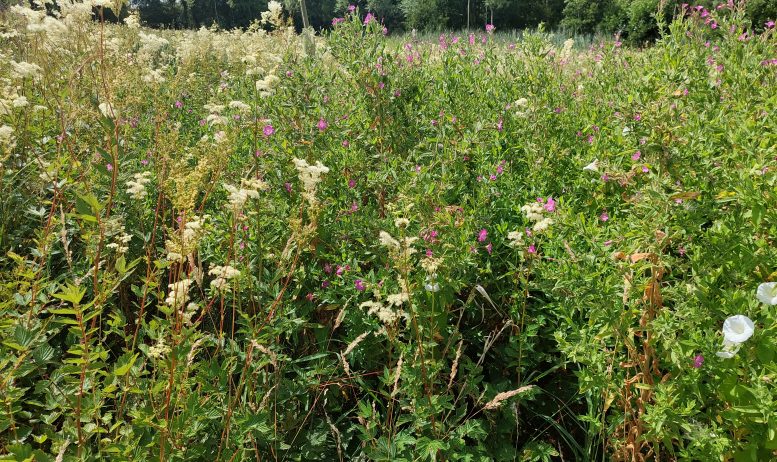 “The burden of proof has shifted, so that it has to be borne by those who would let alone rather than those who would intervene; and they have to discharge their burden by arguing, in quite alien terms, that letting alone would be the most effective form of intervention in this case. To see how letting alone can also be a form of intervention, consider the phenomenon of the ‘wilderness park,’ well known on continents that have seen a rapid expansion of human civilization in the last century. An area of previously unbroken wilderness is marked out on a map; a fence is built round it, a gate gives access to it, and a road, with car-parking facilities, brings traffic to the gate. Inside it, professional gamekeepers ‘manage’ the stocks of wildlife and ensure the maintenance of a properly balanced wilderness ecology. Thus even wilderness becomes hominized. True, the bush is still as thick, and the bears are still as wild as ever they were before; but the thickness and the wildness now no longer confront mankind as an independent good. They flourish as man’s work of art, existing only to serve that route of cultural fulfilment that he has mapped out for himself.” Oliver O’Donovan, Resurrection and Moral Order


EACH time I walk the path, it’s different. More public. Less mysterious. Animals slip away for good when too many people come. You sense their absence though you have no data. And that affects what grows there too, of course. Though I am no botanist, I am aware things are changing. I was born here 65 years ago and I have come home from the city, perhaps a tad overwrought, full of longing. As I try to walk my past back into the present, along ways once so hidden, I know something has gone for good.

Down into the marsh I go, over the clumpy fallow soil of the smallholding Dad worked since the mid-1950s, through the gap in the trees and over the place where fifty years ago he had had to dump his unsold tomatoes. Tons of them, grown for Covent Garden Market, a market that was destroyed by EEC-subsidised imports. Follow the muntjac tracks through the sedge grass under the bat willow, I tell myself, noticing how dry it is underfoot this year. There has been no rain for months. Then on to the duck board which is springy with such over-use that the struts have started to shift. It was not there when we grew up. An EU agricultural “land management” grant paid for it together with signposts no-one had ever needed before. But now the path is on the web, and cyclists from anywhere in the world can use it, and unsurprisingly to all but the towny-bureaucrats, it has worn badly.

I cross the small stream where the flag iris are just beginning to bloom again. I saw a heron here once, lifting itself majestically on great grey wings and flapping away as if in slow motion. A stile here has long since rotted and gone: the little arched brick bridge long since collapsed. It was replaced prosaically years ago by sacks of cement that solidified with the rain. Its back was broken again latterly by machines brought in to harvest the willow that will be used for cricket bats. Such are globalised economics that it is cheaper to send the vast tree trunks to India for seasoning.

I turn when I hear two walkers behind me, talking in loud voices. Very overweight, she in tight-fitting lycra shorts, he in loose-fitting shirt and Raiders of the Lost Ark bush hat, with a small dog on a lead, though there are no sheep for miles around. They are clearly strangers here.

I keep on irritably now, up through the meadow towards the dewpond, the rosebay willowherb and meadowsweet thrusting up their green fronds, not in flower yet, but promising their summer scent of honey. The dead elm still stands, branches stripped and bleached in the white rictus of a lightning strike against the greying sky. My brother and I long ago witnessed by moonlight a barn owl emerge from its nest there.

I glance behind me. The strangers are still coming noisily as I open the first gate then the second, taking care not to let them clang behind me. I wonder whether city people cannot “hear” the silence of this wild place, so attuned are they to competing with the noise of traffic. I accelerate up the hill past the pheasantery. They are through the gate now. It clangs, inevitably, startling some red-legged partridge that whirr away out of sight. Oh how selfish I am, wanting it all to myself again, as I used to, half a century and more ago, when it all belonged to those who lived here, farming and living off the land as we had done for centuries when the path was not there for pleasure-seekers, but linked two villages, two churches, one eternal-seeming way of life.

Far across the greening fields of potatoes and barley, I spot through my binoculars a herd of roe deer on the edge of the wood. Two Siberian Brent geese fly northward overhead towards the creek, their calling raucous.

I glance back, willing the walkers to turn off, to leave the landscape and its memories to me. A skylark flutters dizzily up and away singing its wild song of love.

But they come on. I hasten my steps towards the village now in sight, past the exquisitely scented lilac bush, and wait on a wall. I watch the house-martins, swooping in as they always have, under the eaves of the two cottages with morsels for their squealing young – and wait while the strangers pass, not acknowledging me. In the old days, a man would tip his hat politely and say “Morning.” As a baby my word for “man” was “morning.” No one tips their hat any longer.

The strangers walk on, and I wait before setting off again, binoculars tucked back under my arm. I wave at Pat, with whose sister I went to primary school. The little school was built by the clergy family who owned the living for a hundred and fifty years.

A hundred yards down the road, opposite the ancient flint and brick-repaired church, I see them again, opening SUV car doors, removing day-glo day-packs, revealing shirt-backs damp with sweat. The verge is now a car park. Someone’s put a QR code on a post so you can pay for parking there.

“There. 4.8 kilometres,” I hear the sweaty man grunt triumphantly as he consults his gadget. He might as well have just done half an hour on a treadmill, seeming oblivious to anything beside the achievement of exercise. But I’m probably biased. Perhaps he’s the CEO of the RSPB.

And what is that strange bloom of red and white in the field beyond? A Costa Coffee cup from the new shopping estate five miles away has been tossed carelessly into the hedge.