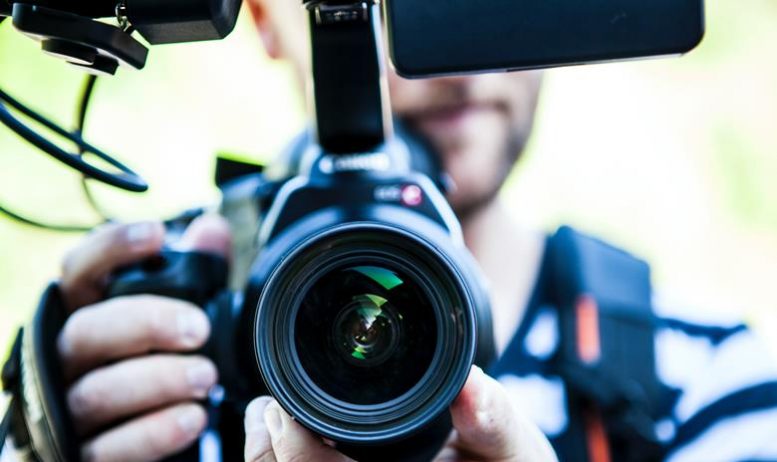 This piece first appeared in the Opinion section of Premier Christianity

A global study – apparently “the world’s biggest” – has found that journalists are ignoring religion, and that the punters want more of it.

A US organisation called Faith and Media Initiative (FAMI) commissioned marketing firm HarrisX to survey 9,000 people in 18 different countries on “the portrayal of faith and religion in the media”.

A cursory google indicates that no one has picked up the story, except the helpful UK-based Religion Media Centre. Clearly if journalists don’t write about religion, they’re not going to report this.

Yet, is that the end of the story? It shouldn’t be. The story is surely about whether surveys like this one, and the motives behind them, are sound.

It turns out that FAMI is an outfit based in Salt Lake City, Utah and set up by the Church of Jesus Christ of Latter Day Saints – or Mormons as they used to be called. The FAMI website carries a video with a heavy emphasis on “spirituality” and a voice-over that is subtly disparaging of mainline Christianity.

The media will have smelt a rat, as I did, and refused to be drawn. Even HarrisX did not mention the survey on their own Twitter feed. But to dismiss it entirely, just because it was commissioned by a burgeoning sect whose founder practised polygamy and was jailed for “riot and assembly” before being assassinated, would be wrong.

The more important problem is that the survey itself seems to regard religion like any other object or activity, such as sport, finance or the environment. To treat it in this way – even to call what we’re talking about ‘religion’ – is a secularist fallacy.

Religion is not a ‘thing’. It is not a pastime to be reported on or not. Yes, you can cover Vatican affairs, or the Organisation of Islamic Cooperation, because organised religion is inherently dangerous, and journalism should be society’s watchman. The work of journalists to uncover paedophilia in the US Catholic Church has been rightly celebrated in the film Spotlight. But what journalist and academic Marvin Olasky calls the “oppression narrative” has become wildly unbalanced, as if to become a priest is a very licence to molest.

JOURNALISM WAS BORN OUT OF CATHOLIC PROTEST AGAINST BAD RELIGION. IT IS CHRISTIAN IN IT’S DNA

No. What is needed is something much deeper – and this the survey has not addressed it and probably cannot. If the media are to know how to prioritise news and shape stories, journalists must view the world through a whole different lens.

Religion should not be a subject at all, except perhaps in the marginal denominational press. It is God’s own story that should be the subject and lens, exactly as it was when journalism first got going, at the dawn of the print revolution. Then, churchmen from Savonarola in Italy to Luther in Germany and via Erasmus in Cambridge (as well as a host of other locations) suddenly discovered they had the capacity – through what the church called “the divine art” of printing – to protest against all that was wrong in the Church. Their pamphleteering, concerned as it was with true truth, generated a market for printers of journalism that people desperately needed in order to save their souls from error.

Journalism was born out of Catholic protest against bad religion. The outrageous peddling of spiritual goods like prayers and indulgences, at a time when the papal structure discovered it could finance its building projects and crusades that way, was decidedly “a story” – and journalism took off. It was Christian in its DNA.

The FAMI survey, and the statistics it provides, are certainly useful for providing a sense that something is out of whack. When 63 per cent of those surveyed say they want “more on faith and religion”; when 53 per cent say they believe media activity ignores them; when 56 per cent say they want “more nuanced coverage of complex religious issues”, it tells us that something has gone wrong – although the answer is most certainly not to provide more op eds on bishops and mullahs, as if their doings hold inherent worth.

RELIGION IS NOT A ‘THING’. IT IS NOT A PASTIME TO BE REPORTED ON OR NOT

Globally, there is a clear unease about something being missing in the media. And this shows that we in the West, where true journalism first developed, have led the rest of the world astray in what journalism has become. And so we must help fix it.

Journalists themselves agreed there is much stereotyping and distortion created by fixation on sex and scandal; 63 percent of media respondents agreed with the view that their editors are often driven by “clicks for controversy”. That may not, in itself, be a bad thing, if religious literacy is allowed to infuse reportage more broadly.

This means remembering that, in the early 16th Century, journalism freed England, and then much of Europe and the US, from the theologies and priesthoods that had dominated and suppressed free expression. It also means owning the fact that eight out of the top ten countries on the Press Freedom Index are Protestant-based nations.

It is foolish – and counter-productive – to try to keep journalism free of its biblical moorings, as if that were just another bias to be eradicated. “It is the method of journalism practice that is objective and not the journalist,” says Professor Jackie Harrison of the Centre for Freedom of the Media at Sheffield University. That method was developed out of the biblical injunction to “render therefore unto Caesar the things which are Caesar’s; and unto God the things that are God’s” (Matthew 22:21, KJV).

Without that more nuanced approach, and by foregrounding a populist “spirituality” narrative, the Mormon Church have done little more than draw suspicious attention to itself, and contributed to the unjust stereotype that journalists already have, that this was a fishing exercise by a weird sect.