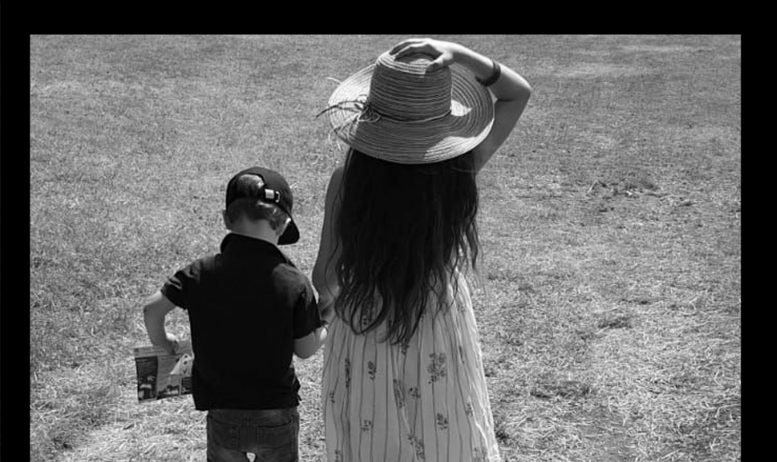 First published at Religion Unplugged and republished by kind permission.

LOCKDOWN for me has meant moving, with relief, out of London after 24 years, to the relative safety and tranquillity of my natal village.

It is not far from the sea, in an area designated an Area of Outstanding Natural Beauty.  I burnt my bridges by selling up, so no more dangerous commuting, no more cramped terraced living.  Instead, I walk out into fields and vast skies and birdsong with time to attend to the gentler vibrations of living.

And it’s out of that same deeper longing that a small but important book has emerged by another Christian in the village.

Maxine Green is one of the authors of The Art of Accompanying, just published, which explores something badly lacking: an acknowledgement of the life of the soul.  As she puts it, we have been “forced from action to reflection”.

And judging by the widespread panic this has engendered, the book has not come a moment too soon.  As our confident culture confronts its helplessness in the face of one tiny viral molecule, the “impulses of the deeper self are perhaps more accessible than they ever have been in our lifetime,” she says.

Maxine lives surrounded by three generations of her family on a smallholding, with chickens, dogs, a horse that both she and her husband Chris ride, and a garden full of fruiting bushes.  She ran the nation’s youth work at Westminster for the Church of England; lived on a boat while later working for the uber-trendy London Borough of Camden. And is a friend of the former Archbishop of York, who has endorsed the book.

What are the impulses and desires that accompanying taps into?

“Yourself without the ego, not the I, I, I, but oneself as part of this wonderful creation,” Maxine explains through a somewhat incongruous grainy zoom screen from her purpose-built cabin: a wooden lair on a rise above the house and overlooking the valley.

She calls this “the soul” – an aspect of our being that is still there even when the world itself seems dying.  CS Lewis warned against “soulishness”, and the West inherits a religious tradition of suspicion that our inner reality is one of snares and darkness: a tradition eagerly if ironically adopted by the atheist Freud and his inheritors.

Yet that tabu shuts off the “inner sacred temple, the Holy of Holies, the place where God meets human spirit”.  To accompany another gently opens us to that, says Maxine.  Or to change metaphors, it is “a discernment of resonance, a sensing of the deeper pulse of the true life of the accompanied” to quote from the book.

“A person may speak of the many things that preoccupy their consciousness, but the accompanist is listening for faint strains of the unconscious melodies that form their original song,” according to Maxine.

I do know it works.  I tried a few sessions with Maxine before reading the book, and I found it was as she said: I felt better, heard.  I sensed something enabling me to stop the endless drivenness, the straining after what is not here, or now.  I felt blessed to be just as I am: a strangely unfamiliar experience.

The book is co-authored with Dr Phil Daughtry, Dean of Faculty (Humanities and Social Sciences) and Dean of Students for Tabor College, a broad curriculum liberal arts college in Adelaide and Perth.  Phil teaches “in the field of spirituality”. A youth work specialist, he met Maxine at a conference at Durham University, where he was lecturing, and invited her, somewhat innovatively, to spend seven weeks as “Thinker in Residence” at the college in 2018.  So the book and the method, while deeply rooted in an English village, open on to a wider world phenomenon.  It breaks moulds, just like Maxine herself, and could lead something of a revival.

Says Phil via Zoom: “The movement of the Spirit is continuous – even in the Dark Ages.  There are people like Mother Julian and Saint Francis of Assisi who have these deep and profound revelations of God’s mercy and acceptance, and Maxine is in that stream.  She’s a guru of sorts: an earth mother.  There’s definitely a mystical element to her.”

The book, though seemingly perfect for now, when we have become far more aware of our inter-connectedness, is actually the distillation of twenty years’ experience.  Its publication now at a time when people may be most receptive to its appeal, is providential. Dr John Sentamu, until recently second highest-ranking clergyman in the Anglican Communion, write on the book’s back cover: “Through accompanying an individual or a group or organisation, we can help others to discover “ … an abundant life, a helpful and hopeful life.  A life that contributes to making the world a kinder and safer space.’”

“Accompaniment” is a deeply biblical word, derived from the Latin meaning “with bread”.  The resurrected Lord was recognized as he broke bread with the two disciples at Emmaus.  Companionship is sacred therefore. But for Maxine, accompaniment also means “with relish”– the delight you bring to each other in alongsiding with them, and I like that.

Jesus is not named in the book, the better she believes to appeal to everyone, but Jesus is the model.  “He was a classic accompanist” she says.  “The gift of accompanying is not style, it is substance, the bread of life, whole-hearted presence and attention.

“The nutrients of such bread are not therapeutic techniques but the qualities of a deeper life.  The accompanist exhibits a peace that allows the accompanied, for a moment at least, to enter the slipstream of a way of being that is present, calm and still,” she says.

There is certainly a mystery to this, and it is not just another technique that can be taught.  “Though the practice of accompanying is important, what is more important is the spirit and experience of the accompanist”, writes Maxine.   Daughtry says at the outset: “Our voices are not caged by narrow lines of rigid definition. Accompanying is a free-range activity where there is room to move and breathe and explore the multitude of ways that one may support the expression of the inner life.”  Charmingly at the outset of the book, he writes, “Enough said, go outside and play”.

And, certainly words alone strain to capture what this is all about.  Because I have experienced with Maxine what it is the pair are alluding to, I resist my training in scepticism – for once; resist the cultural habit of “mastering the text”.  This is clearly, like prayer, a gift.  And the book is meant to be approached with “enjoyment, wonder, questioning for its own pleasure … rather than for answers.”

The ability to accompany is a gift that they believe many unknowingly have, and one they want to encourage.  The church itself had not recognized it until the 1990s. A colleague at Church House, Chandu Christian, stumbled upon it when they were researching youth work for a book called Accompanying Young People on their Spiritual Quest.  It became famous, going into three editions and is still selling today.

“We were putting together more resources to help young people in the church.  One of the things we discovered was that relationship was at the heart of young people’s positive experience in church.  It was like panning for gold and finding this huge nugget … “ says Maxine.

That was 25 years ago. Jonny Baker, new generation co-founder of the Church’s Fresh Expressions movement at the Church Mission Society, remembers the waves this book made.  It was accompanied by presentations in the Church’s hallowed decision-making forum, General Synod, when Standing Orders were suspended for the only time in their history other than for a visit by the former Secretary General of the United Nations, U Thant, she believes.  This was so that young people could flood the chamber, with a choreographed multi-media presentation of initiatives all over the country. “Young people read the vision they had for the church.  It took them seriously.” Being part of that was “a wonderful wonderful experience”, Maxine says, delight bursting from the two-dimensional screen.

That energy, joy and life are what she taps into in others in accompaniment.  But paradoxically she tapped into it first in herself in the deserts of Saudi Arabia and later Oman, where her husband’s IT work had taken them.  “That’s where I found my deepest faith – it was not found in abundance, but in arid scarcity”, she says.  “It strips you, not in a harsh way but in a definite way, when you look at the sky and the sky goes on forever.

She is full of such paradoxes.  Born in Tottenham, a teeming working-class part of east London, she is related distantly to the royal Grimaldi family of Monaco.  Her father was a lighting engineer at London’s Adelphi Theatre who installed the first computer into the Budapest Opera House.

An iconoclast and pioneer she became Chair of the controversial Sea of Faith movement, founded by the Anglican Dean of Emmanuel College Don Cupitt.  She nonetheless found working for the seemingly hide-bound and struggling Church of England “the time of my life”.  She lives in a village built around natural springs that bubble up everywhere, even today, yet found her soul in the desert.

She has accompanied the sad and the dying including her own godfather, and describes it as “costly”; nonetheless the book is alive, filling a “dangerous gap” left by what Phil calls “resilience workshops and mindfulness techniques that have detached from the philosophical and religious bodies which give them definition, substance and meaning.”

He cites noted Australian Christian academic David Tacey: “The collapse of religion in the lives of modern people has caused an inner upheaval that is rarely acknowledged by the secular world.  Secularism likes to imagine that we can get along quite nicely without this ancient system of ‘superstition’, and it ignores the catastrophe that such a loss has entailed for the soul.  Religion played a more important role in our lives than many imagine, and without this guidance we are in a state of disorientation.”[1]

The Catholic theologian Karl Rahner saw the future of Christianity as being less institutional and more mystical. He encouraged the church to rediscover methods and mediums through which individuals could receive the help they needed to undertake the mystical journey.

Here is such help and fittingly, at a very dark time.  Says Maxine: “Accompanying is a process that happens in the light. The generosity of the gift is holding stillness, holding that light.  There’s a hope in that.”

The Art of Accompanying by Maxine Green and Phil Daughtry illustrations by Mandy Anita Powell is published by Immortalise, and is available price $10 online from Immortalise.