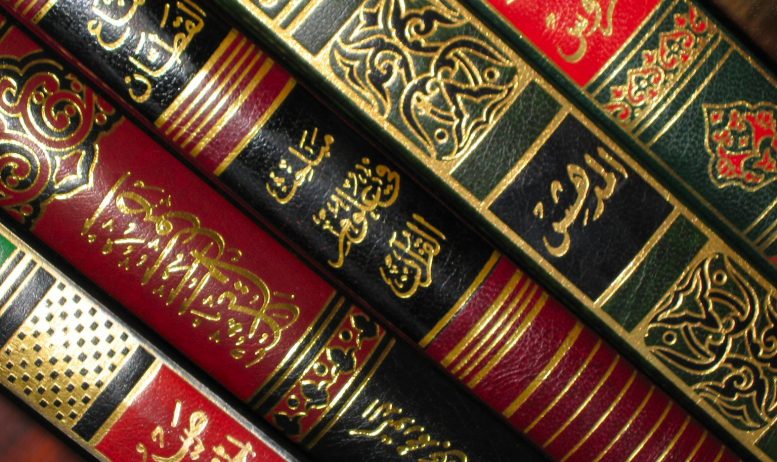 This article was first published at Conservatives Global.

MIDDLE eastern Islamic scholars are behind mass atrocities committed by Muslims against other Muslims in Northern Nigeria.

The claim is made by the Tony Blair Institute (TBI) analyst Bulama Bukarti, a Nigerian former university imam.

Bukarti, who has advised the Archbishop of Canterbury, has studied the brutal Islamist militant group Boko Haram and its ideological influences for more than a decade and currently for a major report to be published by the TBI.

His findings indicate that as many as 44 of the 46 so-called “scholars” who influence BH are Saudi.  Just two are indigenous to Nigeria, and he’s not saying who until after publication.

According to Bukarti, who cites the Nigerian President in a recent article, as many as ninety per cent of BH’s victims have been Muslims – a figure that is contested by Christians and intelligence sources. [See below.]

“Boko Haram do not believe we are Muslims.  They have an exclusive narrow interpretation of Islam and whoever disagrees is apostate.  This is an ideology from the Middle East.  From the documents I coded, of the 46 scholars they referred to, only two are indigenous.  44 are Saudi or Middle Eastern.”

Bukarti says these ‘scholars’ operate according to mostly anachronistic texts, which sought to weed out weak or pretend believers according to an extreme reading of the Qur’an developed during the Mongol invasions of Mesopotamia in the fourteenth century.

“Eleven of the most frequently-used texts [justifying killing] are from the Qur’an itself, taken out of context”, says the imam who is facing death threats against himself and his family for exposing the facts.

A staggering 60,000 people, both Muslim and Christian, have died at the hands of Boko Haram and other militias in the Middle Belt alone since 2000, with 350,000 displaced. Boko Haram have displaced another 2.5million, mostly women and children, in the wider region.

Boko Haram’s official name in Arabic is Jama’atu Sunna Lidda’awati wal-Jihad, which means “People Committed to the Propagation of the Prophet’s Teachings and Jihad”.

Says Bukarti: “One of the most frequent Qur’an texts cited is that ‘No one is the judge except God’.

“This is taken to imply that Nigerians who put themselves under a system by which human beings rather than God make the law or even refuse to publicly reject and antagonise it, are apostate.”

Apostasy in Islam refers to Muslims who have technically and practically rendered themselves outside the protection of Islam, and in some scriptural interpretations, should be put to death as punishment.

The Syrian jurist Ibn Taymiyya, writing at a time of the invasion of Mesopotamia by Mongol warriors in the fourteenth century, developed a legal system, since adopted by fundamentalists Muhammad ibn Abd al-Wahhab , Hasan al-Banna, and Sayyid Qutb, intended to weed out weak or ‘convenient’ faith.  Many Mongols were in fact Nestorian Christians.

This means antagonising non-Muslims to avoid invalidating your Islam, explains Shiraz Maher Director at the International Centre for the Study of Radicalisation and Political Violence at King’s College, Cambridge.

He writes in Salafi-Jihadism: the History of an Idea that “For every act of violence, they will offer some form of reference to scriptural sources—however tenuous, esoteric, or contested.”

Historian Tom Holland interviewed Maher in his film, IS: the Origins of Violence. He compared Quranic texts to “unexploded bombs”, lying in wait for centuries for the next grievance to co-opt them into murderous service.

Maher says: “Yes, Islamic State is more brazen and ruthless than its predecessors but the ideas that guide it are well established in radical Sunni thought. . . . This is a broad and varied ecosystem of dense Islamic jurisprudence that has licensed the actions of militant movements across the world.”

What is less explicable is the “ninety per cent Muslim victims” claim made by the President in February and repeated by the TBI.

Olivier Guitta, CEO of Global Strat, said:  “It is extremely difficult to get accurate stats on even the number of deaths at the hands of BH.  We started a database a while back but we had to stop it after a few months because the data was possibly not reliable.

“My gut feeling is that 90% is way too high; there are so many attacks against churches, Christian villages… There is no way for them to even advance such a figure.”

Bukarti admits “accurate data on even the most basic things can often be hard to come by in Nigeria.”  His figure is, he admits, an “informed estimate”.

“My sincere assessment is that it reflects the reality on the ground because the population of the states worst hit by Boko Haram – Borno and Yobe states – is over 90% Muslim, and Boko Haram’s attacks are indiscriminate with bombs in markets, garages, schools and other public places.

“It is true that the churches have been burned, Christian villages have been razed, and huge numbers of Christian kidnapped and murdered, but most of the razing of places of worship, burning of villages, murders and kidnappings have affected Muslims.

“Gwoza and Aski/Uba local government areas of Borno state, with a significant Christian minority, have also been affected, but the Muslim populations there suffered equally.

“Christian majority areas of Adamawa and Taraba states – Madagali, Mubi, Michika – were badly hit later, but less so in comparison to Borno and Yobe. I know these areas very well as I grew up there and sold stuff as a teenager in village markets there.”

Rev. Gideon Para-Mallam, founder of the Jos-based Para-Mallam Peace Foundation in Plateau State, who attended the Foreign and Commonwealth Office consultation on Northern Nigeria at Wilton Park, believed the President was “talking the politics of numbers with death”, but agreed “it has not been easy to ascertain the exact numbers of people killed due to the general insecurity in the North East. The theory of 90% remains doubtful.”

Atrocities committed by nomadic Fulani herders, who are Muslim, against other Muslims have different origins, although a worrying recent parliamentary report said that some Fulani were adopting a Boko Haram rationale.

Trouble began with petty stealing in two states by Fulani youth, and grew to become widespread arming of cattle rustlers by cattle barons (who are often politicians), encroachment on farms, and irresponsible government measures.

Vigilante groups – called Yan Sa Kai (YSK) which means volunteers – were formed by the mostly Hausa victims of Fulani crime, who in turn began raping Fulani women and killing their men.  Fulani began seeing themselves as victims. They sold their animals and bought AK47s and started killing the Hausa Yan Sa Kai.

One of the most egregious attacks was in 2014 when Fulani got YSK to a meeting in Unguwar Galadima community of Zamfara State, then opened fire and killed two hundred of them.  Eight thousand people, predominantly Hausa Muslim, have been killed as a result in the following years in the Northwest alone.

The Fulani are a violent group, explains Bukarti. “They lived in the bush for ages.  In countries with weak law and order, it’s jungle justice with ethno-religious undertones.  The typical Fula in the bush is a nominal Muslim.  They don’t pray regularly.  They don’t fast at Ramadan.  The Sokoto jihad was fought by Fulani elites.  Boko Haram have recently recruited some Fulani especially in the northwest and northcentral areas.’

In Nigeria’s multi-ethnic, multi-tribal, multi-religious and multi-cultural landscape, the government of the day who have the primary responsibility for the security and safety of its citizens should recognise the various and intertwined drivers of atrocities and target specific policies to address them.

Photo:  “Islamic books” by Maymona is licensed under CC BY-NC-SA 2.0