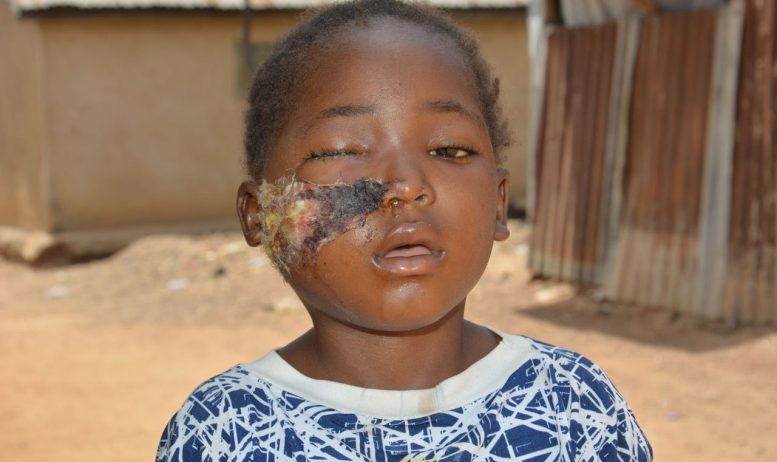 A version of this story first appeared at ReligionUnplugged.Com

A powerful new UK Parliamentary report which describes the crisis in Northern Nigeria as an  ‘unfolding genocide’ was criticized last night – by one of its contributors.

Bulama Bukarti, an analyst with the Tony Blair Institute for Global Change in London, who was a participant in the report’s research, said its headline contradicted the evidence.

‘Nigeria is in a very very desperate situation.  What is going on is terrible.  Human life has become not worth a chicken.

‘But the report came with the headline Unfolding Genocide? – with a question mark.

‘At the launch those who spear-headed the report said they put the question mark because they were not sure what was going on.  But the media go with the headline.  It’s against the evidence of the report.  More than 95 per cent of the evidence said it was not a genocide.’

Bukarti leads the Blair team’s work on sub-Saharan Africa.  A northerner, he has for ten years studied Boko Haram which he admits is ‘moved by religious ideology’.  He also admits it ‘exploits Islam’, and has a publicly declared policy of ‘eliminating Christians’.

But he said it was wrong to conflate Boko Haram’s aims with other factors affecting the northwest and north central areas of Nigeria.

One of those factors, the report states, is the arming and movement of predominantly Fulani herders into areas traditionally farmed by Christian settlers.  Reasons for arming the herders were varied it says, and include protection by cattle barons against rustling.

But there was also significant evidence of Islamist infiltration of the herders, and arms shipments coming in from Turkey and Ukraine. Other factors included pressure on resources caused by the drying up of Lake Chad, partly through poor land and tree management.

It is these wider issues, being addressed by local and Western NGOs, that are complicating the designation of ‘genocide’ according to the panel, since not all Fulani are anti-settler, or anti-Christian.  Boko Haram were not specifically Fulani, and had been disowned by some Muslim academics as ‘fanatics’ and ‘giving Islam a bad name’.

Khadija Hawaja Gambo, an Islamic Da’ee (preacher) who is Kaduna State Peace Commissioner said:  ‘Behind all these killings is corruption and poor governance, and a struggle for resources.  There are over 500 ethnic communities in this region, each holding one grievance or another.

‘I refuse to agree that there is any deliberate effort by one ethnic or religious community to kill the other.  What’s happening is a conflict which has a lot of issues and which has to do with poverty, deprivation and discrimination.’

While that is certainly true in part, what Bukarti calls ‘religious correlatives’ have been aggravating simmering discontent for a decade.  Dr Chinnan Maclean, Vice-President of the Plateau State Association UK and Chair of the Plateau Youth Association visits the north of the country eight times a year, and has since 2010 managed a database of killings.  ‘It’s a huge amount of data that sits there.  What is happening there no question that it’s a genocide.’

While recognizing the APPG report writers had to tread carefully, as the ‘former colonial masters’, Dr Maclean nonetheless believed they had pulled their punches.  ‘They have not been bold with it.’

He added: ‘Secular NGOs call it “a clash between herders and settlers”.  How can it be a ‘clash’ when you are lying in your house at night sleeping and someone rocks up with an AK47 and kills your entire village, shouting Allahu Akbar?’

That was religious genocide, and the report should have said so boldly, he added.

Last night’s meeting did not define genocide, but all the participants alluded to different clauses in the Office of the UN Special Adviser on the Prevention of Genocide (OSAPG) ‘analysis framework’.  This very carefully sets out eight different factors that need to be investigated before designating a situation as genocide.

The definition of genocide was agreed in 1948 following a long campaign by Polish Jewish lawyer Raphael Lemkin who coined the word from two Latin roots, genus meaning ‘group’ and occidere meaning ‘to kill’.

The definition in Article 2 of the Convention on the Prevention and Punishment of the Crime of Genocide (CPG) says it is ‘any of the following acts committed with intent to destroy, in whole or in part, a national, ethnical, racial or religious group, as such: killing members of the group; causing serious bodily or mental harm to members of the group; deliberately inflicting on the group conditions of life calculated to bring about its physical destruction in whole or in part … forcibly transferring children of the group to another group.’

Stagnation at the International Criminal Court

Lord David Alton, Patron of the Coalition for Genocide Response and a signatory to the APPG Report, said that Rwanda’s genocide happened because no one acted in time. ‘How long do you wait?’

He told Religion Unplugged that the CPG had been invoked by the International Criminal Court (ICC), triggering a formal ‘preliminary examination’.

‘However, there is a lot of stagnation within the ICC at the moment’, he said.  ‘I hope that they will expedite their assessment and proceed with a formal investigation. The 1948 Convention on the Prevention of Genocide lays duties on all signatories to prevent, protect, and punish those responsible.’

But he added:  ‘Our dismal threefold failure to do any of these things results, the world over,  in repeated mass atrocities and the horrific recurrence of the crime above all crimes.’

The 1948 law has been successfully enforced only once since its inception – in the case of Rwanda –but did not prevent it happening in the first place.

Other cases – the former Yugoslavia and Iraq – failed.  There is only one case pending – that of Darfur in Sudan – which indicates the enormous complexity behind enforcing the law and presumably, the almost impossibility of enforcing the International Criminal Court’s ruling, particularly against the wishes of any incumbent regime as must be the case.

Nonetheless, last year the influential French writer and philosopher Bernard-Henri Lévy visited Nigeria and warned that a ‘slow-motion war’ is underway. He claimed that the world had ‘hardly noticed’ a ‘massacre of Christians, massive in scale and horrific in brutality’.

Indeed MP Jim Shannon, Chair of the APPG gives three horrific examples of the kind of suffering he says in the report people in the West find difficult to imagine: all of them perpetrated by Fulani herdsmen and bearing the hallmark of classical Quranic punishments of the ‘infidel’.

[The Quran actually advocates ‘smiting the neck’, cutting off the hands and feet of those considered ‘apostate’, and destroying churches in contested territory, construed as a context of ‘war’.]

The report gives some graphic testimony.  ‘”[My sister] was raped and her wrists cut off before she was shot through the heart. They took my brother, his wife and all their six children, tied and slaughtered them like animals.”

‘Veronica’, from Dogon Noma, said: “Another man attacked me with a machete twice, once to the neck and once to my hand. I was so confused. I lost consciousness. When I woke up, I saw my daughter on ground – she was dead – with my chopped finger in her mouth.”

Antonia Aje, from Karamai, said: “I saw my brother-in-law’s body on the ground, hacked to pieces by a machete… Our home is destroyed. The hospital was burnt. They tried to burn the roof of the church by piling up the chairs, like a bonfire.”’

TV presenter Jide Iyaniwura who worked as an aide in the previous presidential administration, and who chaired last night’s panel, said: ‘One of the criteria is that there is a war. If there is a war, the definition of genocide does apply.  If there are deliberate killings of a large group of people especially if it’s of a particular nation or ethnic group, then it’s genocide.  Boko Haram is committed to genocide.  Every Nigerian would agree.’

Bulama Bukarti responded by saying that Boko Haram was committed to genocide against everyone who did not believe in their exposition of Islam.

‘If we say a genocide of the minorities of the Northwest, of Benue – who is a majority and who is the minority?’

He said the bigger problem was the dereliction of duty by President Buhari’s government, which had put Fulani Muslims in charge of every northern state, and had proven impotent at containing the incursions.

PERSONAL NOTE  Jenny Taylor writes: “What in my view was missing from the APPG report – and from last night’s meeting – was specific religious literacy.  I visited Jos and the surrounding villages ten years ago reporting for the Church Times.  When I stood at the massacre sites, particularly of Dogo Na Hawa where 300 people died from machine gun attack, including children, it was clear:  religious difference causes a background of festering discontent against which village people struggle for dignity and shared resources.

“For my piece for the Church Times I reported an Anglican priest telling me about how the World Bank provided a well for everyone in a village. But Muslims made Christians pay to use it.

“I heard about how Muslim religious protocols prevent a Christian boy marrying a Muslim’s daughter, even though a Muslim boy can marry up to four Christian girls.

“And I heard how Christian children have to change their names to Muslim names in order to be allowed to sit exams in northern states.

“When Muslims raze a Christian village to the ground – and I visited several – they move in and change the name of the village.

“Religious literacy means facing facts on the ground, and not air-brushing these as mere ‘questions of identity’ as the UK Foreign Office seems to insist on doing.

“Traditional accommodation by settlers of herders, whereby they allow access to their land, and even a house to stay in overnight, have been routinely abused in recent years.  I personally saw a Berom house in Dogo Na Hawa that had hosted a Fulani herdsman, only to find it had become the stockpile for weapons.

“International support must move beyond weak calls for peace-building and accountability to robust measures to defend defenceless local villagers.

“And the clichés which exacerbate the polarising narratives that Buhari is exploiting must cease.

“Repeating the expression ‘majority Muslim north’ for a population that numbers fifty per cent non-Muslims, as the report does, must also cease.”