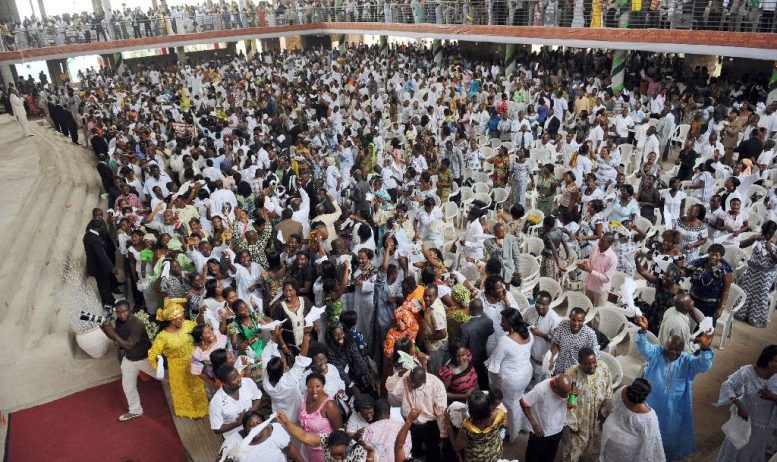 A version of this story first appeared at www.religionunplugged.com

(OPINION) Religion could be the reason coronavirus gets out of control in Africa.

Health experts, missionaries and others are warning that with up to 80 percent of Africa’s populations, particularly Christian and Muslim, attending some form of mass worship, social distancing is being ignored.

Many religious believers are refusing to heed their leaders, believing “God is sovereign.”

Video footage from Mar. 20 by former Al-Jazeera journalist Nicholas Haque shows a vast and volatile demonstration in Dakar, capital of Senegal, protesting a ruling by the imam of the Central Mosque not to attend.

Returned Youth with a Mission (YWAM) staffer Garry Tissingh, speaking by phone from London, told Religion Unplugged that coronavirus will “have a huge impact because of the churches and mosques” still hosting gatherings.

Tissingh a Dakar-based missionary for 15 years, had planned to leave the country anyway but got away just five hours before the airport closed.  “They were still all going to the mosque for Friday prayers, even though everybody and even the imam said, ‘Don’t go.”

“’God is in control and what’s this virus?’ they were saying.”

He said Christians felt the same way. “Religious populations are not listening.”

That is ominous, according to Revd Hassn John in Jos, Northern Nigeria, a CNN stringer who broke the story of the mass abduction of the Chibok schoolgirls by Boko Haram.

Northern Nigeria is already struggling from Fulani and Boko Haram massacres which target Christians and any Muslim seen to be sympathetic to the West.

“If coronavirus gets a hold here, on top of everything else, it will be catastrophic,” he said.

Nigeria and much of Africa suffer from a flight of academics and professionals who could address what one Christian, Kampala-based former New Vision editor David Sseppuuya calls “the ten plagues” – including disease – that prevent progress.  Sseppuuya believes the pandemic is God’s call for a “sabbath rest for man and all creation” and is pumping out by email powerful daily devotionals to his prayer teams.

“[God] has responded to rebellion and idolatry by executing judgment via plagues … God has shown our technological innovation, advances in medicine, philosophies of governance to be towers of Babel, crushing down, leaving man in utter confusion and complete powerlessness.”

The spread of COVID-19 in Africa

The World Economic Forum says that in the last two weeks, the number of affected African countries increased from 9 to 41.

“As people continue to travel, it is only a matter of time before COVID-19 spreads to the rest of the 54 countries on the continent,” says WEF writer Neema Kaseje.

“Social cohesion and social gatherings are of great importance in Africa,” she said. “For example, weekly attendance of a religious service is highest in Africa with rates as high as 82 percent in Uganda and Ethiopia. As a result, measures to impose social and physical distancing may prove to be more challenging.”

This is against a background where health and health services are already hugely compromised.  Liberia has no ventilators, for instance.  A recent analysis of countries with the highest numbers of intensive care beds per capita does not include any country from Africa.

Tanzania came under fire when the country’s president refused to close places of worship in a speech in church on Mar. 22, likening the virus to “Satan” needing divine intervention to quell it, according to a Bloomberg report.

Kenya on the other hand has included religious meeting bans along with other measures limiting the spread of the virus.

Evon Benson-Idahosa, son of the Pentecostal archbishop of Benin, Benson Idahosa, reports from Nigeria’s Edo State where religious, social and public gatherings of more than 20 people have been banned, that “many who have strayed from God are now repenting of their sins and brandishing the sign of the cross as they leave their homes.”

He also notes a transactional attitude: “They come bearing tithes and/or offerings in the hopes that God will hear their prayers.”

Paul Bakibinga, Senior Producer at BBC Africa says the churches have been “behind the curve” in taking their service online but notes that it is beginning to happen.

“I think in terms of electronic use, they could have been ahead of the curve, but this has forced them to move faster. The church is playing catch-up,” he said.

For the first time, Nigerian believers are being presented with a “church-less opportunity” to draw close to God.

Kampala-based Bishop Zac Niringiye, former Africa Director for the Anglican Church Mission Society who has himself been in quarantine against coronavirus following a trip to UK, said in a Facebook message to his followers that “prayer vigils and assemblies” were a “cop out.”

“The imperative is to seek to serve others, particularly the vulnerable and disinherited.”

He is backing calls to convert churches to temporary hospitals or food pantries and use donated funds to buy ventilators and hygiene products.