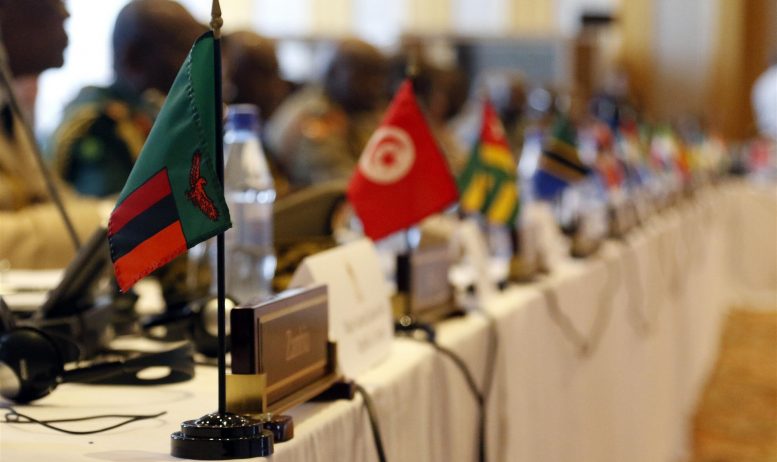 This article first appeared at religionunplugged.com

An expert on global terrorism says the West is ‘weak on Africa’ – despite it being the ‘new frontline’ against terror.
Dr Paul Stott who specialized as a lecturer on terrorism at London’s School of Oriental and African Studies on the Muslim Brotherhood, and whose book about them is being launched on 2 March, said the left had dominated the argument for decades and were ‘distinctly uncomfortable in the British Commonwealth’ – of which Nigeria is a predominant member.
This means that ISIS and Al-Qaeda affiliated groups are cutting a bloody swathe across West Africa and the Sahel almost unnoticed in Great Britain, the nation that held the Presidency of the United Nations Security Council last year.
Whole states like Mali are now at risk, according to a statement by its President in 2018, and the churches are a prominent target.
In Burkina Faso, Christians have told World Watch Monitor they are in a fight for survival. They report that dozens of Catholic priests have been killed and Protestant pastors and their families murdered or kidnapped by violent Islamic militants.
Villagers are killed on the spot if Christian symbols are identified. All evidence of Christian influence such as schools, churches, shops and health centres are burned down.
Says Stott, now a research fellow at the Henry Jackson Society: ‘We do need to recognize this is an intellectual challenge and that in many ways it’s the frontline. It’s certainly Africa where you are more likely to find it’s descended into an inter-religious fight’.
According to Stott, there is no international strategy on Islamism in Africa, and although the Sahel – Chad, Niger, Cameroon, Burkina Faso and Mali – were once French colonies, Nigeria, a prominent member of the British Commonwealth, is increasingly swept up in the mayhem.

The Commonwealth, headed by the Queen and then Prince Charles, is that grouping of nations that wished to remain allied to Britain after the Empire collapsed. And it is Commonwealth markets to which the government is looking in its post-Brexit ‘Global Britain’ strategy.
But the Left and those they still influence have had no love for it, says Stott: ‘The Left are distinctly uncomfortable on the Commonwealth. You can’t develop a relationship of equals with people you are apologising to,’ says Stott.
Perhaps that will change with the new government?
‘There’s no one who says “What do we want to get out of it”’ says Stott – who adds that ‘Global Britain’ has just five years in the post-Brexit geo-political reality to bed in.
Indeed, intellectual assets which might have been used to foment the democracies of the future are depleting rapidly in Britain. SOAS – the left-leaning School of Oriental and African Studies – for instance, which recruits particularly from Commonwealth countries has seen undergraduate numbers fall a staggering forty per cent in the two years presided over by ex-Prime Minister Tony Blair’s International Development Secretary Baroness Valerie Amos. It has been ‘haemorrhaging cash’ according to sources who spoke to The Times. Despite that, Amos is moving to Oxford to be Master of University College.
While the FCO believes, according to an online memorandum, that ‘We have the huge advantage of being part of the Commonwealth’, it has been those in authority like Lady Amos who have disparaged it. She has lead calls to ‘decolonise the curriculum’, a nebulous but potent call decried by some historians.
Historian Tom Holland wrote recently: ‘The recent suggestion by [Professor of Modern History at the University of Oxford] that black and ethnic minority students might find nothing of interest in the study of British history showed where talk of decolonising the history curriculum risks ending up.’

The Commonwealth Secretariat which runs the organization from London has itself recently been hit by scandal. Government suspended its voluntary funding of £4.7 million following irregularities in the management of procurement.
The auditors KPMG discovered that procurement rules had been waived by the secretariat on no fewer than 50 occasions over three years.
The loss of a sense of purpose in relationships that could build critical mass in increasingly dangerous parts of religious Africa is palpable.
It is further reflected in a recent Foreign Office Memorandum that is ambivalent or at best, unconvinced about Britain’s future chances of influence. And this, despite the Commonwealth being home to one third of the world’s population who share a legal and linguistic heritage.
‘Britain has always taken a leading role in responding to global challenges and in making the most of opportunities for this country’, it says. ‘However’, it goes on, ‘the pace of change in an increasingly complex, interconnected and volatile world, where information and influence are dispersed and contested amongst many more actors, and where major foreign policy actors are pursuing their interests even more assertively, inevitably has a significant impact on how the UK projects influence and protects its national interests.’
Britain’s Presidency last year of the United National Security Council led to both the first ever visit to the Lake Chad Basin region last March, and the first UN Security Council Resolution on the region. Its aims however were unambitious, comprising ‘international attention and greater support for humanitarian efforts’.
Stott says it is hard to think of an MP who takes the Commonwealth seriously. He believes that Britain is ‘fiddling around’ while West Africa burns.