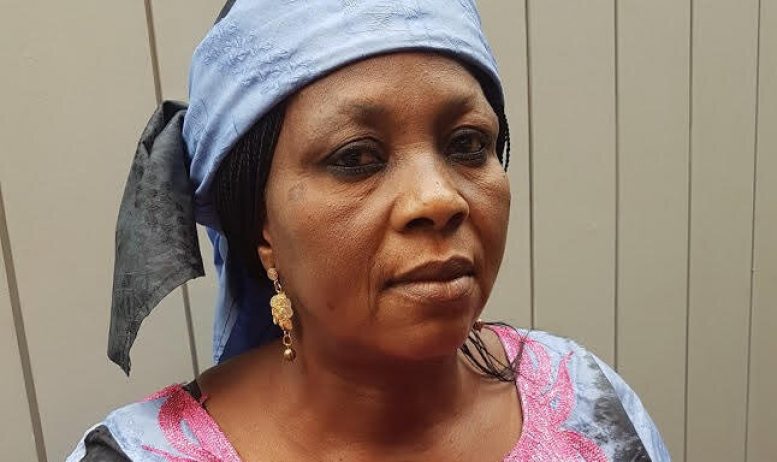 This article first appeared at  religionunplugged.com

(OPINION) “She was a playful child,” says Rebecca Sharibu, whose beautiful daughter Leah was abducted by the crazy boys of the Boko Haram insurgency in Northern Nigeria.

A flicker of a sad smile crosses the harrowed face of this fine 49-year-old woman as she remembers her loving little girl. Sitting opposite me in a defiant blue cotton bandana, in a Westminster Abbey restaurant, she toys listlessly with a lukewarm plate of sea bass that I hoped would remind her of the fish they love to eat at home.
This is a face so deeply etched with pain that I hardly can bear to look into those eyes that have longed beyond longing to see once more the loved child whose whereabouts she does not even know.
Leah Sharibu was just 14 when Boko Haram militants burst into her school in Dapchi, Yobe State in Northeastern Nigeria, two years ago this week (Feb. 19 2018) and seized 109 Muslim girls and her, the only Christian. Five girls died. 104 were later released. Rebecca has no idea why they took Leah and has heard absolutely nothing since– just a rumor from a girl who escaped who met someone who had seen her.
Two years on Rebecca is in London bravely and without a word of English handing in a petition with more than 12,000 signatures to the Nigerian High Commission, meeting MPs and petitioning the government to force Buhari’s hand. He’s the latest apology for a president, whose promises to get Leah freed have proven worthless.
His attitude is perfectly parodied by the High Commission in Northumberland Avenue: a vast edifice of a building reflecting all the pomp and swagger of Britain’s reign in the country, but now operating like the merest rogue builder, door scuffed, unfixed wiring festooning the exterior, and a paltry white intercom screwed to the door post that no one seems to be answering. The door remains implacably shut. It is damp and cold on the pavement outside, and Rebecca stands facing the door, her face like thunder, tears dripping off her chin onto her black coat while supporters pray and sing hymns and raise their banners to the sky.