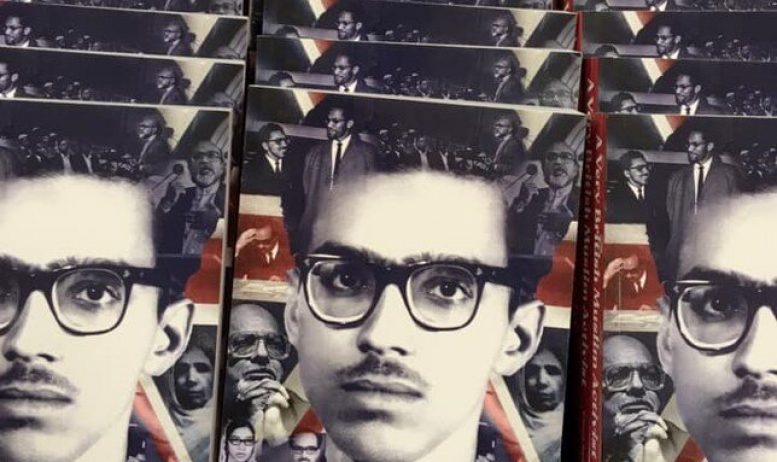 This article was first published at UnHerd on 6 December 2019.

TWO more students lay dead in London last Friday night, stabbed to death on London Bridge by an Islamist striking a murderous blow at the notion of restorative justice.

Not much more than a mile away from where the Institute of Criminology conference ended so catastrophically, somewhere off the Edgware Road an old man was being celebrated for his career at the helm of political Islam in Britain.

The two events were not un-linked, the celebration being the launch of Dr Ghayasuddin Siddiqui’s biography A Very British Muslim Activist, a book that unerringly describes the foundations that lie beneath the rise of political Islam in Britain.

It chronicles the now deep roots of religious radicalisation in Britain, through the work of a fistful of organizations founded and once headed by Siddiqui: the Muslim Institute, the Jamaati-e-Islami magazine Impact, the Muslim Parliament and the Mulim Manifesto it put out three decades ago, all committed to “taking power from the West”.

Ghayasuddin Siddiqui is the most important Muslim that Britain has never heard of. A small, unassuming man with a neat beard and a talent for friendship, he was always far more interested in righting what he saw as wrongs than in any theological justification for it. Apparently indiscriminate in his associations, he has been pictured with Malcolm X — whose trip to Sheffield University in 1964 he organised — Tariq Ali as well as Jeremy Corbyn, with whom he founded the Stop the War Coalition.

If he felt it would address the, as he saw it, unjust condition of world Islam, then it must be done without delay. The blame for all injustice he laid at the feet of Britain; they alone ended Mughal power in India when Islam seemed, he believed, to have almost uniquely got the balance right between pluralism and cultural might. They alone should pay.

It is an irony that Britain carelessly allowed Siddiqui to establish London as “the centre of the Islamic movement” and then gave him the space to rethink and regroup, and in so doing, lose control of that movement. For Ghayas came to repudiate both violence and then political Islam itself by the mid-90s — but it came too late to stop a later violent political movement from growing, witnessed once again last Friday.

“Great Britain … was a sandbox for Muslims to play at developing their ideologies, philosophies, and eventually movements,” writes the book’s young American Muslim author, C Scott Jordan, a protégé of academic Ziauddin Siddiqui who founded the highly regarded quarterly journal Critical Muslim (published by mainstream publishers Hurst). That play would have disastrous results.

Yet his story begins in unlikely ways. His father worked for the British Raj in India before partition, and Siddiqui’s PhD in chemistry at Sheffield University was paid for with a grant from BP. He has lived quietly in the Cotswolds village of Chesham for thirty years; his wife is a prominent member of the highly-respected Muslim Women’s Institute, his sons educated at grammar school.

As a student mobiliser of the youth wing of the Jamaat-i-Islami at Hyderabad University, he heard — literally — the wailing of a Hindu woman just widowed by her husband too poor to undertake the rituals that would see him to his next life. Ghayas rounded up some friends there and then, raised the money to hire a bus to take her to a priest, and paid for the cremation. It was all achieved before sunrise the next morning; he was just 23 years old and it set a template for action.

His own radicalisation happened in Pakistan long before he moved to Sheffield, when he was just 14, through the writings of the “father of Islamism” himself, Abul a’la Maududi. He travelled to meet him in prison in Multan where he was condemned to death for inciting the massacre of 200 Ahmadis, “heretics” in the eyes of many Muslims. Maududi sought to revive the caliphate and purify Islam, and he learned much of his methodology from the West, the Nazis in particular.

The idealistic young Siddiqui brought his thinking to Britain. But it was only when he met Kalim Siddiqui, infinitely more dangerous, who wrote for the Guardian and penned the infamous Muslim Manifesto that advocated the “capture” of British governance and the subversion of the elites, that the revolution Maududi wanted to see was consolidated.

Ghayas remained in the older man’s shadow for the next 30 years. He even orchestrated the fatwa against Salman Rushdie, travelling frequently to Iran to meet Ayatollah Khomeini. That Kalim was the evil genius of the London-based revolution is clear from his reaction to the hostage crisis in Tehran in which one Iranian and eight Americans died: “such instances were the necessary evil of revolution… the hope and good the revolution could bring to the Muslim community outweighed these minor indiscretions”.

The book captures his revolutionary intent, the projections of hatred and fear onto a country that never meted out the least retribution for such assiduous undermining. Siddiqui faced far greater opposition “within” — from Muslims who had served with him in this ragtag army of subversives, and who fought him for a decade over his dismantling of Kalim Siddiqui’s revolutionary legacy.

Yet within a year of Kalim’s death, and the end of the revolution in Iran, Ghayas had come to see how much more effective it was to try to forge a truly British Islam within the structures and mores of British society. He began to admire Britain’s consensual style of politics, although much harm had already been done.

What accounted for this change of heart? It was evidently no Damascene conversion, and the book is opaque on this score. Ghayas himself tells me: “If I remember correctly I re-assessed everything and I thought it was the right thing to do. It was a process of logic. I was not looking at things emotionally but getting to see things logically.”

He later confessed he felt partly to blame for the attitudes if not the actions that resulted in 7/7 — and let me write his mea cupla in the Evening Standard. He recruited Christian friends to the High Wycombe interfaith group, the Council of Christian Muslim Relations, where he enthused: “You can say anything.” He joined the religious literacy charity that I ran, Lapido Media, as a trustee, and spoke up for its work to a Muslim within the Charity Commission inspectorate.

“The enemy was within”

Above all he began to see that the enemy was not Britain per se. “The war was not, or at least could no longer be focused on the ‘us vs them’ mentality of the postcolonial age … Sexism, rape, child abuse and the depriving of universal rights and justice was happening there at home, in the midst of their very communities.”  Siddiqui heroically squared up to the logic of his view that the “only admitted enemy was injustice”, “the simple possibility that the enemy was not out there, the external oppressor but may reside within the heart of the community.”  He founded the Halal Food Authority, with Jewish help, to ensure regulation and compliance. He took on the imams on child abuse in the then wholly unregulated madrassas.

He campaigned with renowned Muslim Women’s Network luminary Cassandra Balchin to reform marriage practices, and he worked with MP Anne Cryer over her Stop Forced Marriages Campaign. His gentleness, supportive nature and compassionate energy attracted many women to work alongside him – myself included — and are surely peerless: he has rather topically been dubbed “the bearded feminist”.

The new chapter of the Muslim Parliament and the new direction of the Muslim Institute was to initiate projects that set the stage for the first home grown generation of British Muslims to flourish: “not as outsiders looking for a voice, but as native members of a larger society dedicated to progress and justice for all of their neighbours”.

Ghayas celebrated his eightieth birthday this week. On his reaction to the book, he had this to say: “I think it is a genuine attempt to present myself. Only readers can tell me whether it is a success story or a failure. If I am exposed, the reality is the reality. What have I to lose in that way?

This book is at its core a unique tribute not to Ghayasuddin Siddiqui and the journey he’s been allowed to make, but ultimately to his faith in a system. It is a system that believes as passionately as he does, in restoration. But the tragedy of London Bridge is possibly the most unforgettable sign of it.