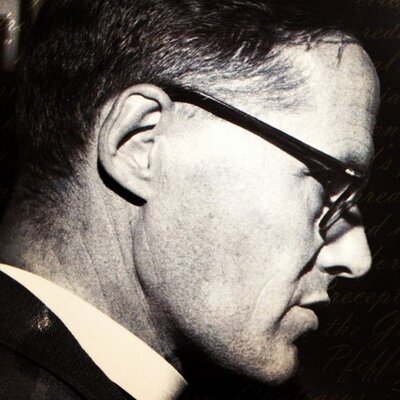 This review first appeared at Religion Unplugged on 11 December 2019.

(REVIEW) An unsettling memoir of life as part of the family of Lesslie Newbigin, possibly the greatest Christian missionary statesman and theologian of our era, launched in London recently.

Home is Where: The Journeys of a Missionary Child by Margaret Newbigin Beetham tells of the emotional toll on Newbigin’s daughters of his high-flying cross-continental ministry in India and Geneva during the mid-20th century.

It is likely to cause surprise among scholars around the world who revered the gentle, brilliant visionary who united the churches of South India and was a leading light in the World Council of Churches.

The book, published by Darton, Longman and Todd (DLT) after a number of rejections according to the author, is not really about Newbigin. He is left absent from most of the narrative on purpose.

Instead, the book tells of the enduring cost of missionary service after the war and the agony of separation that Christian families inflicted on themselves for the sake of their calling and their children’s education.

Newbigin’s admirers will have thought little of his family, a family driven ironically by Christian duty and “doing the best for the children,” but hiding until now a secret devastation. One daughter, Alison, had an abortion. Beetham and Newbigin’s literary executor became vaguely Marxist, protested nuclear weapons at Greenham Common and later divorced.

Beetham compares herself and her two sisters bitterly with Lot’s daughters: “sacrificed to protect strangers.” In the Bible’s account of Lot in Sodom, when two angels disguised as men visit his house, a mob forms and demands to rape Lot’s guests. Lot then offered his daughters, but the mob refused them.

Beetham and her three siblings were wrenched out of the life they loved in India and sent home at the age of eight like so many so-called Raj orphans before them. They struggled for the rest of their lives with the emotional deficit caused by apparent parental abandonment, Beetham writes.

They were not to see their parents again for five years, and infrequently thereafter.

“Of course, he was there in her memory like background music, but then it wasn’t that different from when he was alive,” Beetham writes about her father after his death. “He had been an absent presence through so much of her life. A bit like God.”

Alison, the middle daughter to whom the book is dedicated, “fell through the net,” another sister told me at the launch. Alison — “Chris” in the book — suffered all her life from obsessive compulsive disorder (OCD), which she hid from the rest of the family. She never married, dying early of undiagnosed cancer in a south London hospice.

Beetham, a celebrated Manchester university lecturer in Victorian women’s literature, and a self-described feminist, even describes proposing the motion “Should missionaries have children?” at a university debate.

The book is shot through with such ambivalence, including her own doubt about “the confessional culture” of which this memoir is a product. She knows the risk she is taking.

As someone who was close to Newbigin for the last ten years of his life, I found this a sad but honest read. The chapter about his death moved me to tears.

Beetham tracked me down before the launch — I had never met her — to tell me she had written a book which she felt I might find hurtful. It was a kindness from a woman for whom the self-conscious unkindnesses in the book seem inauthentic; part of the de-bourgeoisification preached in the academic milieu of the era.

Those of us who also loved her father are there unnamed in the book; those whom she describes off-handedly as “wanting a piece of him.”

She writes: “I came to understand that many people wanted him to father them in some way, either as authority figure or nurturing parent.”

It must have seemed that way. But that is to fall short of a truth she does not address, and this is the main absence in the book: the work of the Holy Spirit gets squeezed out by a somewhat off-the-peg belittling of the missionary endeavor as merely an attribute of imperialism.

That Christ could have used her father as part of Christ’s work of building a nation, reconciling warring denominations, and inspiring souls to live beyond their own meagre concerns is not discussed. The question of “collateral damage” for the families of the messengers, and all of us, remains starkly unanswered.

The one missionary who spoke up at the launch of the book at fashionable St. James’s Church in Piccadilly — about Newbigin’s influence on him — was, ironically, asked to stop talking. The chair seemed unaware of the emotion in his voice, and he may have helped us.

Too easy now that India has schools and hospitals and lavatories and hope to demean the missionary’s humble role in that, vital though it is that we understand the human cost alongside the achievements.

But missionary work and its value have sunk beneath the waves of neo-Marxist post-colonial discourse that have all but drowned out that other narrative of selflessness – a selflessness even more costly than we may have imagined.

It was Newbigin’s genius to put into people’s hands the tools of rectifying a subverted (some would say perverted) culture that he almost uniquely saw was lost. That, during the Cold War, its insidious ideological acids were destroying his own family forms a tragic sub-text.

One hopes there is catharsis in rendering so luminous the fragments of memory that remain, as Beetham has done, and that the undeniable legacy of so great and humble a man will in the final reckoning, serve to soothe and transcend all sorrows.