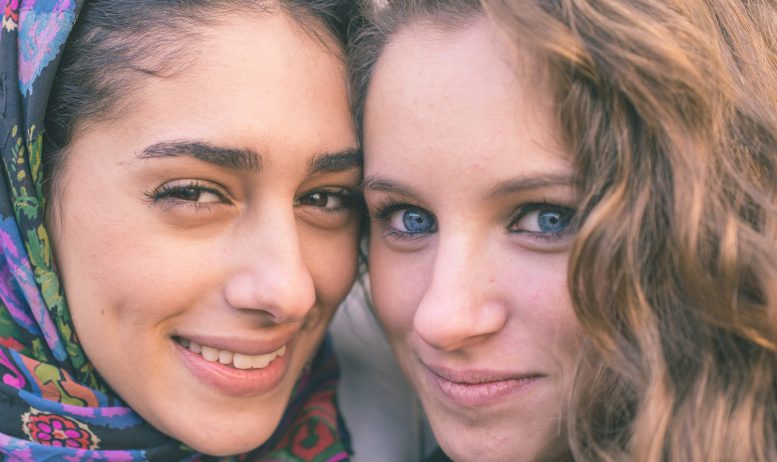 WHEN Trevor Phillips, former chief of Britain’s Equality Commission and one of the architects of multiculturalism stunned liberal Guardian readers by declaring that Britain was ‘sleep-walking into segregation’, he was telling only part of the truth.

It wasn’t sleep-walking into it; it had been deliberate policy by respective governments for decades.  Fatal segregation had been the result of leftist agitation and flawed laws arising from it for the whole of the latter half of the twentieth century.

Now a new government report seeks to row back on seventy years of error, with a mix of ideas it admits are untested.  Published on 14 March this year the new Integrated Communities Strategy outlines a 180-degree U-turn in the direction of public policy since the Second World War.

The ground was laid in the 1970s and 80s – not by right-wing racists, but by neo-Marxist political activists and their fellow-travellers in the sociology departments of the universities who saw integration as ‘cultural imperialism’.  This was even a topic of debate at the British Council.  Autonomy for migrants meant public housing policies that accommodated larger than normal extended Asian families in special areas; the funding of cultural projects such as Hindu libraries and Muslim mosques justified out of the public purse as ‘community centres’; [1] and the abolition of the ‘primary purpose’ rule that ended the requirement to prove that a transcontinental marriage was not primarily about gaining residency, opening the floodgates to cousin marriage from the Indian sub-continent.

All this was in fact a ploy to those who saw black people as ‘the vanguard of the revolution’, undermining and eventually destroying capitalist imperialism.[2]  Policies that would deliberately drive white residents out of their historic neighbourhoods were adopted in places like London’s east end – Tower Hamlets – where today the biggest population group is Bangladeshi (at 39 per cent).  Sarah Glynn documents the ‘popular linking of race and territory – a form of politics that built on and promoted a ghetto mentality’.  Physical separation was ‘an important aim.’ The government recently had to prosecute the Pakistani-mayor Lutfur Rahman from further Islamising the borough by successfully bringing corruption allegations against him.  Apartheid was not accidental.  It was official policy.[3]

But this kind of political engineering is today glossed over with the euphemistic label ‘laissez-faire British model of multiculturalism’.  It sounds natural, quite enlightened even, but as I wrote in 1998, it translates as indifference; where bamboozled populations, guided by ignorant or mendacious academics and local authorities gave up the contest for cultural homogeneity, and acquiesced in the re-settlement of the country.  Protest was outlawed by anti-racism legislation.

Suddenly, perhaps following recent massacres by extremists, and hints of possible retribution (the murder of MP Jo Cox by an unemployed gardener; the killing of a Finsbury Park Mosque worshipper when a fanatic rammed his van onto the pavement; the horrendous ‘Punish a Muslim Day’ on 3 April not to mention the resurgence of menacing right-wing political parties across Europe), cultural difference is not just something to celebrate.  The government belatedly is facing up to it in a Green Paper (consultation report) cheerfully entitled: Integrated Communities Strategy: Building stronger, more united communities. The Prime Minister writes in a Foreword: ‘We must do more to confront the segregation that can divide communities.’

The final report of the All-Party Parliamentary Group on Social Integration’s own inquiry into the integration of immigrants (2017) declared last year that ‘multiculturalism … is defunct’.

The reasons are too many and too numerous to name.  Black on black crime – Britain has this year suffered more black on black murder in its capital than New York – is one manifestation of Marxism’s baleful legacy, where utopian policy (deliberately and inevitably ) outstrips the ability of ordinary neighbourhoods to absorb and integrate.  That there are now 770,000 people living in the country with no or little English is another: for a while in the 1990s it was considered to be ‘cultural imperialism’ to teach English to those with other mother tongues.  Within ten years the number of administrative ‘wards’ with majority non-White residents rose from 119 to 429.  The number of non-UK born people resident in the UK rose within just four years by a staggering 18per cent from 7.8million in 2012 to 9.2 million in 2016.  The number of white children destroyed by sex grooming by Muslim men who justify their actions Islamically, now runs into tens of thousands across the whole country.  New cases on a vast scale such as in Telford in March are hitting the headlines every week – and not just in the forgotten industrial wastelands of the northwest and northeast, but Oxford and Southampton.  ‘The way that some Muslims have justified this behaviour, blaming the women themselves and describing them as ‘uncovered meat’, hints that religion and culture are active players’, writes Ziauddin Sardar, himself a Pakistani Muslim intellectual, who courageously founded the first ever publication critizing Islam. Academic Shamim Miah finds that ‘Many Muslim men think that there is some kind of religious sanction for their behaviour’.[4]

Little if any thought was given to the impact of immigration – until Dame Louise Casey’s watershed report in 2016 which noted mildly that ‘host communities’ – once a banned-because-deemed-racist phrase – must be factored in.  Yes, to the people among whom I worked, the word ‘host’ was deemed an expression of domination.  Now Casey, a liberal Catholic, writes innocently:  ‘For generations we have welcomed immigrants to the UK . . . while leaving host communities to accommodate them and the growing diversity of our nation.’

Gently and almost imperceptibly what Michael Polanyi called the ‘moral inversion’ of cultural Marxism is burning itself out.  And the vast inconvenience of Brexit is just part of what has brought home to the wealthy elites who own the country the consequences of minority politics.  The apparently limitless ability of the country to run itself as a British Empire-in-microcosm is not so unlimited after all.

So what is proposed, and will it work?

[1] Newbigin, Sanneh and Taylor Faith and Power: Christianity and Islam in ‘Secular’ Britain, 1998.

[2] The author was told this by Clive Norris, Chairman of the Council for Racial Equality in Thamesdown in 1983.