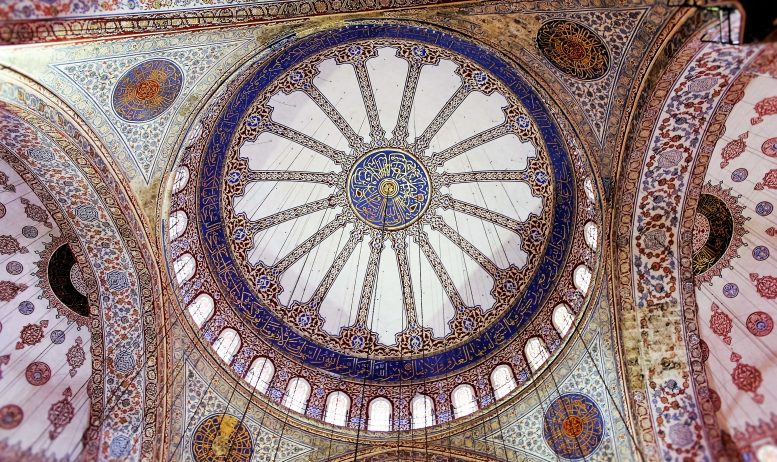 The lack of realism that has plagued the question of Muslim migration into Europe continues.  There is still significant dissonance between the sanguine conclusions of major surveys and facts at grassroots, which belie the seriousness with which social integration is being handled.

A case in point: the German think tank Bertelsmann Stiftung produced a report entitled Clear Progress for Integration of Muslims in Western Europe  It concluded: ‘Despite social tensions, integration is making clear progress. This is the central finding of our Religion Monitor 2017.’

Stephan Vopel, Monitor in question, investigated the language competence, education, working life and interreligious contacts of Muslims in five countries, France, the UK, Austria, Germany and Switzerland, and concluded that despite the fact that none of the five offered particularly good opportunities for integration, there was clear evidence of increasing identification by Muslims with these countries (94%), including improved employment prospects, particularly in Germany and Switzerland, even for the devout, and better relations with non-Muslims (75 per cent reporting they spent free time with non-Muslims).

Surveys based on such factors are important, but do not necessarily correlate with Muslim domestic arrangements where the rubber of integration and future stability hits the road.

An inquiry by the UK Home Affairs Committee into shariah councils which has just closed found that there is no data on the number of Muslim marriages in Britain: most are unregistered, a significant legal lacuna affecting particularly child stability.

There is also no data on the number of shariah councils in Britain, despite the fact that there has been much evidence from Muslim women’s groups that ‘these courts are violating people’s rights’ and ‘are giving rise to parallel legal systems’.[1]

The tendency of some neo-fundamentalist Muslims to shun laws they believe are man-made is exacerbated by the host nations’ nervousness of unwittingly sanctioning sharia law by the back door.  Setting a precedent when striving to integrate justice into national legal systems particularly for women for example is carefully avoided.

It is not possible to talk seriously as, Bertelsman Stiftung does, about according Islam ‘the same legal status as other institutional religious groups, thereby recognizing religious diversity’ when Muslims themselves resist it.

Another way at looking at the European future for Europe’s 25.8 million Muslims is through the prism of terror-related incidents reported across the continent.  For Britain, with the highest level of Islamic migration,[2] the statistics are alarming, indicating perhaps that the country is being singled out.[3]

The year just gone saw an ‘unprecedented level of activity’ by police and security services tracking down people suspected of being involved in Islamic terrorism offences in UK.

There were 400 arrests in Britain alone in the year to the end of September 2017 – the ‘highest recorded figure, up more than 50% on the previous year’, according to the BBC’s Dominic Casciani.

In 2016, the number of ‘failed, foiled or completed attacks’ for the whole of Europe, according to Europol, was 142, but more than half of these were in UK.

This compares with around 200 across the continent as a whole just ten years before.

In Britain, there were nearly 8,000 referrals to the Government’s Prevent scheme, a quarter of them under-15s – greeted perhaps oddly as a ‘sign that the scheme is working’.

The Head of Britain’s intelligence service, Andrew Parker, unusually broke his silence on what he called ‘an upshift in the threat’.

The spy chief said: “That threat is multi-dimensional, evolving rapidly and operating at a scale and pace we’ve not seen before.”

He added: “It’s at the highest tempo I have seen in my 34-year career. Today there is more terrorist activity, coming at us more quickly, and it can be harder to detect.”

Given the German think tank’s observation that ‘integration’ is at its best in UK, where in-migration has been the highest in Europe, the conclusions are obvious: either the criteria by which ‘integration’ is assessed are inadequate, or there is a correlation between numbers of migrants and amount of terror activity, or the connection between elites and reality is tenuous.  Perhaps it is all three.

Chatham House, the international affairs think tank in London produced data on 7 February 2017 after polling all 28 EU countries on their attitudes to Muslim immigration indicating that people everywhere wanted to see restrictions.  There was still a lot of vagueness in the responses, with no country polling more than 50% for restrictions, and around 30% ‘don’t knows’, but it was clear, according to Dr Paul Stott, formerly the School of Oriental and African Studies’ terror expert, that ‘a Trumpian position is held by the public but not by the élites’.

‘The argument for restrictions seems to be winning publics but not the political consensus’ he adds.  In Germany, Mrs Merkel still struggles to form a government, following her drastic decision to welcome nearly a million refugees in 2016.  The right-wing Alternative for Deutschland party has entered politics for the first time, eating into the support for her brand of social democracy.

Pressure for restrictions is coming not just from historic European populations but also from intellectuals such as those in the Ex-Muslim Council of Britain, run by secularized Iranian defectors who came to Britain via Germany after experiencing persecution in their homelands.

Such groups, and those like the outspoken Muslim Institute which co-publishes the acclaimed Critical Muslim with Hurst, are influencing the left who historically support comprehensive unrestrained immigration.  Pew notes a figure of 160,000 across Europe who have ‘switched’ out of Islam, although quite how they arrive at such a figure is unknown.

Elsewhere in Europe, notably the historic four Visegrad nations of Hungary, Czech, Slovakia, Poland and now Austria, there is evidence of defiance of EU immigration policies that will play out this year.[4]  They will not accept EU rules on the allocation of asylum seekers and migrants, which looks set to be one of the real challenges facing Brussels operating as it does a non-veto policy on immigration for Shengen countries.

There is no doubt that Muslim groups like the Tablighi Jamaat, the religious enforcers of the Muslim world, are unlikely to further Muslim interests as the picture hardens.

This, the world’s biggest Muslim ‘mission’ with 80million followers worldwide has been attempting to build Europe’s biggest Islamic training centre adjacent to the Olympic site in east London.  After twenty years of flouting a planning system that bent over backwards to accommodate it, or just ignoring it altogether, they are still refusing to give up, grinding through the minutiae of the judicial review process.

They are in Europe in significant numbers, are well-organized with regional centres, and practise a training methodology, backed by Saudi finance, that has earned it the epithet ‘antechamber of terror’ from the French secret service.

Anti-syncretistic by definition, their brand of methodological Islam is unlikely to favour a form of harmonious co-existence prevalent in other once-Christian majority nations such as Sierra Leone and Lebanon which are dependent on inter-marriage – a practice that TJ reviles.

Photo:  Emblem of integration? Istanbul’s Blue Mosque, opposite the Hagia Sophia, was designed by Sedefkar Mehmet Aga, a pupil of Sinan the Architect, a former Christian slave.

[1] Evidence from witnesses to Home Office Committee inquiry into Sharia councils operating in the UK.  https://www.parliament.uk/business/committees/committees-a-z/commons-select/home-affairs-committee/news-parliament-2015/160623-new-inquiry-sharia-councils/

[3] ‘Everywhere except in the UK, highly religious Muslims—and 41 percent of Muslims can be identified as such—have more difficulty than less devout Muslims finding a job that corresponds to their qualifications.’  https://www.bertelsmann-stiftung.de/en/topics/aktuelle-meldungen/2017/august/clear-progress-for-integration-of-muslims-in-western-europe/ accessed 17 January 2018 at 1410hrs.

[4] Visegrad is the castle town where the original three member nations of the group first met on 15 Februray 1991.