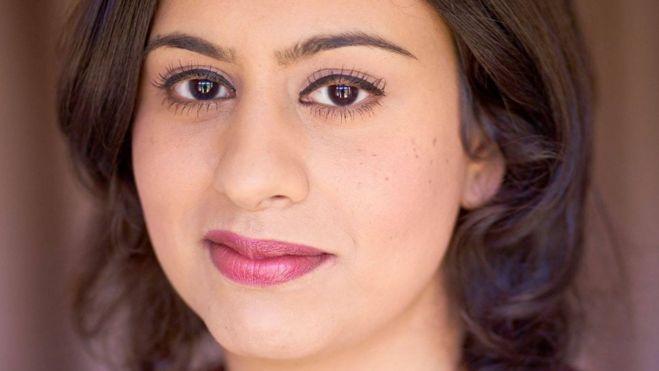 The defeat of radical Islam won’t come through the efforts of a small industry of report-writers and statistics collectors who try their best either to minimise the problems Islamism poses for the West, or to exaggerate the threat and sow panic. Sara Khan a self-confessed ‘expert’ on radical Islam has been appointed as the new counter-extremism officer for the failing Conservative government. She has been a strong advocate of the government’s policy of disengagement, a policy which many, including members of the police and intelligence services, consider has damaged the important struggle to engage Britain’s Muslim communities.

In September 2005, after the London bombings, Khan sat on the Home Office’s Tackling Extremism and Radicalisation Working Group and has also worked with the education department and the Department for International Development.

Khan has been a vocal supporter of the government’s Prevent strategy, which operates through community groups, local authorities and the police to identify and ‘divert’ those deemed to be at risk of radicalization. But the scheme has proved controversial, with claims it demonizes and spies on Muslim communities. A UN Human Rights Council report in 2016 said Prevent was ‘inherently flawed’, while Muslim groups like Quilliam support it.

None of the threats from Islamic extremism to the West can be addressed without recognizing their root causes: excessive Saudi wealth without accountability, Pakistani state corruption, and the seemingly unstoppable building of Salafi, Deobandi and Tablighi Jamaat mosques across Britain.

The British government continues to hire activists like Khan whom British Muslims view not as experts but as government puppets.  She has gained the support of The Henry Jackson Society and The Quilliam Foundation, neither of whom have the confidence of mainstream Muslims.

A report released in 2012 from the British organization Student Rights exposes a problem of which the moderate British Muslim community has been aware for years: the advance of radical ideology among young Muslims, through videos and direct preaching.

The susceptibility of British Muslim youth to such appeals, especially through student societies linked by FOSIS (Federation of Student Islamic Societies) has been aggravated by the assault on British Islam by advocates for the Deobandi and Wahhabi sects, along with the Muslim Brotherhood. Islam in the UK is South Asian in its majority origins. People of Pakistani, Indian, and Bangladeshi ethnicity account for about three-quarters of Muslims in the UK, who total more than 2.7 million or 4.4 per cent of the total population according to the 2011 Census. Deobandism is an anti-British fundamentalist interpretation of Britain that first appeared in India almost 150 years ago and inspired the Taliban in Afghanistan and Pakistan. Through the mass revivalist group Tablighi Jamaat (TJ), as well as in Deobandi madrassas [Muslim religious schools] in Britain, students are inculcated with fundamentalist views from an early age. Deobandi boarding schools in the UK, created on the model of the original Darul Uloom Deoband in India, include Darul Uloom London, located in Kent, and Darul Uloom Bolton. Darul Uloom Bury, near Manchester, the oldest, was launched in 1973.

Deobandi/Wahhabi madrassas produce imams who press radical attitudes on British Muslims. Most British Muslims are moderate, traditional, and reject and resent the fundamentalist invasion. But in the streets of East London and other cities with large Muslim communities, Deobandi agitation is a daily fact of life. Student groups such as the Isoc (Islamic Society) at London South Bank University and others affiliated with FOSIS provide an alternative channel for the transmission of radical doctrines.

It has been asserted widely that Deobandis now control a majority of British mosques. Although they may have gained institutional leverage, they have not won over the majority of British believers in Islam. Moderate British Muslims feel besieged.  We must take back our mosques and university student societies from the extremists and work to drive the Deobandis out of positions they have captured.’

The British government has once again failed to listen to British Muslims and hired someone on a reputed salary of £140,000 a year for a three day week who will once again fail to deliver.  Previous advisers have milked the government with programmes such as the Radical Middle Way, and failed to deliver a more harmonious society.

As people of religion, British Muslims have the duty to protect their community as well as the broader society in which they live by repudiating all extremist doctrines and those sects that encourage them, and by repairing conflicts that have already emerged with their non-Muslim neighbours.

Dr. Irfan Al Alawi is an expert in Middle East affairs and Tasawwuf (Islamic spirituality), and studied at Al-Azhar University, Cairo as well as under Imam Sayyid Habib Ahmad Mashhur al Haddad Al Alawi.  He is International Director at the Center for Islamic Pluralism and a Visiting Fellow at The Woodrow Wilson International Center for Scholars (Washington).