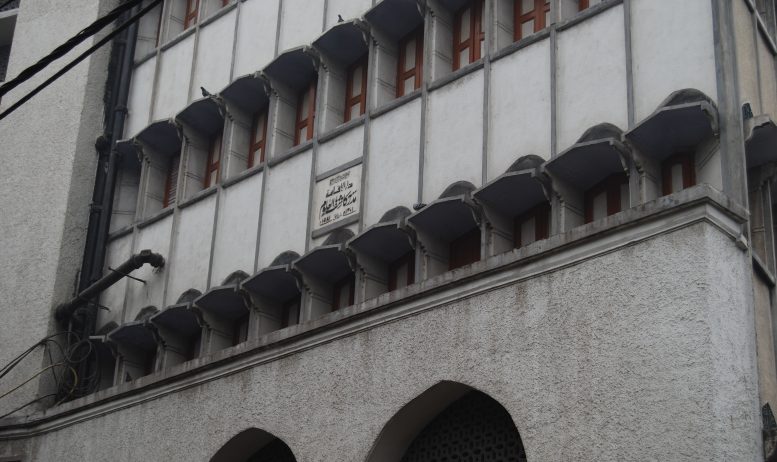 LONDON, UK – Muslim hopes that east London could yet house Europe’s biggest mosque and Islamic training centre have been revived following yet another twist in a 20-year long planning saga.

London’s High Court has been forced to reconvene to discuss a stay of execution against the so-called ‘Megamosque’, the 9,000-capacity ‘Riverine Centre’ in Newham, east London, following yet another application by builders Tablighi Jamaat.

An injunction already pending against the group before a planning appeal process began in 2012, cannot now be imposed until this further application against it is considered.

The injunction required immediate evacuation of the site in 2015, and the demolition of shacks currently used unlawfully by two thousand Muslims as a mosque.

Tablighi Jamaat – the world’s biggest group of Muslim proselytes who have links with terrorists according to the New York Times and others – have applied successfully for a stay of the injunction.

The Media Project have learned that the High Court which met on 6 July, and turned down an application for judicial review on a point of law, is now to deliberate once more over whether a further delay to the original eviction order is within the law.

The London Borough of Newham – site of the 2012 Olympics – told TMP:

There have been no press releases from the builders, campaigners or local authority.

But TMP has learnt that the High Court will meet yet again over whether to stay the injunction.

The Secretary of State threw out the latest mosque plans two years ago, following a three-year planning process which ended in a costly Public Inquiry at London’s Excel Centre in Docklands in summer 2015.

Gaborieau wrote: ‘The first priority after India was to have a Markaz [centre] in the holy places of Islam in order to promote the movement throughout the Muslim world by targeting those on the annual Hajj pilgrimage; the second priority was to establish a Markaz in London that could be used as a bridgehead to promoting the movement throughout Europe and the West.’[1]

According to another scholar, Yoginder Sikand, the then international amir of the movement Muhammad Yusuf took the British amir Hafiz Muhammad Ishaq Patel in front of the ka’ba at Mecca, and ‘there offered supplications to Allah to make him the instrument of winning the whole of Britain to Islam’ – an event also discussed by at least two other scholars.[2]

Other Muslim scholars are wary of such a development believing it would be harmful to Muslims trying to integrate into Britain – and ultimately damage Islam through the controversy it would stir up.

Oxford imam Taj Hargey, who writes a column in the Daily Mail, even described the movement as ‘scornful of secular democracy and Western values’ and espousing ‘voluntary apartheid’.

In written evidence to one appeal hearing in 2011, he said: ‘The TJ is at heart a fundamentalist movement. It embraces a conservative and undemocratic ideology.  Aside from instructing its members to avoid entanglement in local politics, promoting the face-masking of women, opposing co-educational schools and banning social contact with non-Muslims, TJ encourages Muslims already disenchanted with life in the West … to disassociate from the world by pursuing a trans-national, self-imagined construct that can be exploited by extremists.’

He described the group as ‘separatist, supremacist and sexist’ – which they deny.

Trying to counter Hargey’s allegations, representative and Trustee Solad Sakandar Mohammed, argued at the same Planning Appeal in 2011 that Hargey had misdiagnosed the situation: ‘We are regularly in touch with parents who ask us to save their children from falling into problems with crime, drugs  . . .  if the Markaz was to close, there is a significant risk that these younger members of the community would be lost and would revert to antisocial behaviour.’

They have persisted in their plans, continuing to haggle over the small print of court decisions.

Barrister John Pugh-Smith, who handled the planning case for anti-mosque campaigners Newham Concern, told TMP: ‘The trustees’ attempt to appeal the High Court decision of last May was finally determined on 6 July.  This now means they cannot pursue that avenue any further.  That scheme comes to an end.’

However, a separate injunction against the group for ignoring their own commitment to quit the site within an agreed time frame is still hanging over them unless they can secure a further delay on yet another point of law.

Tablighi Jamaat means ‘preachers’ party’ in Urdu and they are likened to modern-day Jehovahs’ Witnesses, going door to door to encourage backsliders, and return to the purity of the original Muslims.

They were founded by an Indian Deobandi reformer at the turn of the last century, to purge them of Hindu syncretistic practices and fit them for heaven. They are a scripturally-based other-worldly group, providing great solace in a world they regard as rotten [‘a toilet’], and inherently and ubiquitously disinclined to obey man-made laws.

Their Newham proposal would have been Europe’s biggest Muslim training centre.

They first came to Britain in 1944 and bought the mosque site in 1996 under pylons adjacent to what became the Olympic site, and have occupied it unlawfully for worship purposes against planning regulations ever since.

Now campaigners who believed the original project was out of proportion to need, and was divisive in Newham’s vibrant multi-cultural environment, are stunned that the appeal process goes on.

Newham Concern campaign leader Alan Craig said: ‘Since 2012 the mosque trustees have lost every single appeal and court application that they have submitted to every authority and court, yet still they won’t take No for an answer.

‘Newham Council should ask for it to be struck out – and then, as provided for by the Injunction, send in the bulldozers to flatten the site in preparation for a sensible mixed-use development.’

Councillor Ken Clark, Cabinet Member for Building Communities, Public Affairs, Regeneration and Planning, said on the NBC website in 2015: ‘Newham Council has tried to work with the Trust for more than a decade to create a plan that would benefit all residents by providing much needed jobs, homes and community space. But repeatedly the Trust has broken its promises and delayed the inevitable. It is now time that this site is made thoroughly safe and developed appropriately so that it can provide vital facilities for the whole community of Newham.’

Dr Zacharias Pieri, Lecturer in International Relations at the University of South Florida Sarasota-Manatee who made a five-year study of the TJ in London, expressed surprise at the long-running nature of the planning struggle, when all indications were that the group’s centre in Delhi was against the controversy it was stirring.

He said, from Florida: ‘If this kind of mosque was ever established it would quickly jump up to be among the most prominent and powerful Tablighi centers in the world…and perhaps it is this that those behind reigniting the project are thinking about.’

Requests for a comment from lawyers Deen and Co, currently representing the trustees, drew a blank as we went to press.

For more information about the Newham Megamosque and the planning process get Zacharias Pieri’s ground-breaking book Tablighi Jamaat, published by Lapido Media  here.