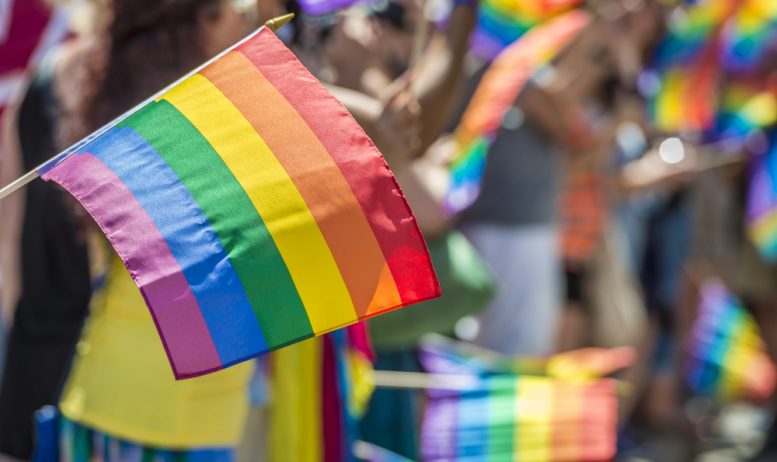 The stunning admission comes on top of a catalogue of failures that reveal that most stakeholders do not know what the quango exists for, or what its priorities are.

Its helpline in some cases is even considered to be worse than the individual bodies the EHRC succeeded in 2007.

The ‘Tailored Review’ by the Cabinet Office of ten years of the controversial body that costs the tax payer more than £17 million per year could read as an indictment of its leader, David Isaac, appointed in 2016 despite opposition from some campaigners because of his bias as former Director of Stonewall, to gay rights.

“The EHRC and the GEO should continue to keep under review whether the EHRC has the right leadership and capability to drive through changes,” it says.

The important report, published quietly as the world fixates on Brexit, reveals a massive turnover of staff, and seven employment tribunals pending.

There is rivalry with the Government’s own Equality Office (GEO), and a huge imbalance in staff – sixty per cent are women – with opaque priorities, and almost no work done on religion, one of the nine “protected characteristics” that come within its remit.

Despite this, the EHRC has requested a huge injection of funds – thirty per cent – even without the setting of clear priorities.

The most damning passage in the report indicates that the EHRC does not know what it is for, and neither do the majority of the five hundred stakeholders consulted, and does not get results.  It says:

“Interviews found that there is the perception that some characteristics are overlooked (Age, Religion and Belief in particular) or that issues significant to some stakeholders are not being addressed (for example some issues of religious dress, or transphobic hate crime). Stakeholders acknowledge the EHRC cannot focus on everything, but if the EHRC has made a conscious choice not to focus on some things stakeholders did not understand why, which also has a negative reputational impact.’

“Because of a lack of clarity on prioritisation, there were questions raised about why the EHRC had intervened publicly on some issues (for example, Grenfell in general and comments on Hackitt review of building regulations in specific) or whether an issue is genuinely of greater importance than other inequalities in society (access to Premier League football stadiums, though this was initiated when the EHRC was under the sponsorship of the Department for Digital, Culture, Media and Sport). Inevitably, some stakeholders disagree with certain pieces of work, but these findings reflect a wider trend where stakeholders do not understand what the EHRC is for.”

Simon Calvert, Deputy Director of the Christian Institute said: ‘Christians have never had confidence in the EHRC and it seems that we are not alone.

‘For an organization of less than two hundred staff to have seven pending employment tribunals is a shocking failure for an organization set up to enforce everyone else’s compliance with this kind of legislation.’

He said religion was the ‘Cinderella strand’ and always got left out, leaving voluntary bodies like Christian Institute, with a relatively small budget of  £3 million to take up cases, he added.

Of the 38 stakeholder groups named in the Review, just five were religious – the Church of England, Churches Together, the Muslim Council of Britain, the Board of Deputies of British Jews, and the Evangelical Alliance.  No Hindu or Sikh organization was represented.  The majority of staff – sixty six per cent – have no religion or belief.

The review even contemplated abolishing the EHRC as one of several options but concluded there was a continuing need and a legal requirement for a national equality body and national human rights institution, independent of government.

“The Commission currently fulfills both these roles. As such, a national equality body and National Human Rights Institution should continue to exist in some form.”

The EHRC was established by the Equality Act in 2006 to replace three individual bodies, the Commission for Racial Equality, the Equal Opportunities Commission and the Disability Rights Commission.

It also has responsibility for other protected characteristics, age, religion and belief and sexual orientation, although no reports have been produced on age.

And on disability it concludes:  “The helpline is generally perceived as a poorer service than the helplines offered by the equality bodies that preceded the EHRC (for example, the Disability Rights Commission), which is not as well advertised or known about, especially outside of England.”

The move to amalgamate equalities under its first Commissioner, Trevor Phillips, was widely regarded as unworkable. It is also clear from the Review that there are tensions between the independent body and its sponsoring department, the GEO.

Nonetheless, the body wants much stronger enforcement powers, to become an enforcement arm of the human rights industry, and it is seeking an increase in the number and scope of its cases.

But Mr Calvert at the Christian Institute said: “I think a lot of people would be relieved if the government simply abolished it.”