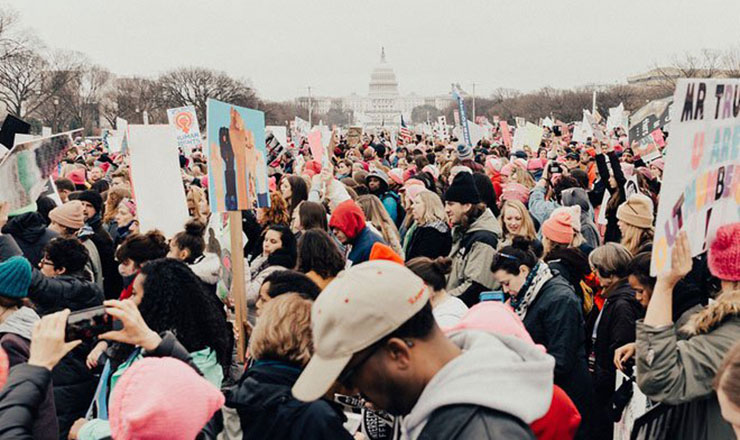 A Review of To Change the World: the Irony, Tragedy & Possibility of Christianity in the Late Modern World by James Davison Hunter, published by Oxford University Press.

THIS is the book that had evangelicals sweating six years ago. The UK Evangelical Alliance’s Theological Advisory Commission even devoted much of one agenda to discussing it.  Though six years old, its salience came into sharp focus with the election of Donald Trump as US President.  While the proportion of evangelicals who voted for him is highly contested – ranging from the Washington Post’s 80% to the Gospel Coalition’s 18% – the impression is undeniable that the rank and file of a still-broadly Protestant nation got their man, in a parody of the bitter warnings this author gives about the dangers of seeking political power to enforce a moral agenda.

Why would a Christian vote for a man who, while he commands respect now that he holds high office, was given, at least in the past, to unchristian behaviours and attitudes?

The answer is in this book: because power alone changes things, goes the thinking, therefore we must get a man into power who promises the change we want, even if he is impious.  For conservatives, the church is ‘a fist ready to fight … one issue after another’ in a ‘defensive-against paradigm’.  For them secularity is the problem, and resacralisation of the leading spheres of social life can alone regain the categories and codes of Christian moral understanding (p. 215).

The only problem with that, says Davison Hunter, is it is not remotely Christian, and nor does it actually change anything. ‘While Christian activists (conservative and progressive) have been fairly influential in the political sphere at different times in recent decades, they have embraced a means to power that seethes with resentment, anger, and bitterness for the injury they believe they have suffered. The public and political cultures of contemporary Christianity have become defined by such negations.’  You do not tackle nihilism with yet another negation.

Hunter goes on: ‘The tragic irony is that in the name of resisting the dark nihilisms of the modern age [the empty spectacle of so much popular culture; the monetisation of private life through social media; the “i-culture” that fosters technical mastery while undermining the capacity for silence and focused attention; the cultivation of a kind of absence in the experience of “being elsewhere”’ (p. 252)], Christians – in their will to power and the ressentiment that fuels it – merely add to the nihilism, ‘undermining the message of the very gospel they cherish and desire to advance’ (p. 275).

The solution is not more power but more strategic and authentic influence. ‘Faithful presence’ – a phrase Hunter coins – implies sacrifice, submission, a quality that is the opposite of domination, and the antithesis of celebrity.

Clearly we all recognize some of this in the dramatis personae that Davison Hunter has in his sights: Charles Colson and Jim Wallis to name a couple. However, its characteristics prevail wherever in the world we live out our evangelicalism; and because globalisation is essentially Americanisation, this kind of religiosity likely pervades your region as much as mine.  This book needs reading everywhere then.

Davison Hunter is LaBrosse-Levinson Distinguished Professor of Religion, Culture and Social Theory at the University of Virginia, and Director of the Institute for Advanced Studies in Culture.  It is timely to revisit a book that is the fruit of a lifetime of deep reflection, and whose prophetic dimension rings truer today even than it did.

However, even at this distance from its publication, on a second thorough reading, the book seems unbalanced. What is wrong – brilliantly analysed and occasionally angrily argued though it is — is perhaps unmatched by what could put it all right.  Despair creeps in – the despair of an elder statesman unable quite to think outside the logic and idioms and methods of his own critique, and fashion for us wineskins that are genuinely new. Indeed he opens this chapter by saying: ‘the Holy Spirit is still very much active’. He then proceeds to list ten models of bottom-up social transformation projects that are familiar to us. So what is wrong?

In saying, after Steiner, that words and world have lost their correspondences and left us ‘without meaning’, he nonetheless recruits only words to fashion alternatives, missing perhaps the fact that words comprise merely 30% of how human beings communicate and perceive reality.  Is this perhaps why this hugely important book has received less than a wholehearted reception from theologians puzzled at its failure to satisfy? Or do we as evangelicals simply feel ‘got at’? Why does he not, perhaps like Jacques Ellul, give us bolder and more fleshed out models of the alternatives he advocates?

The book comprises three long and thought-provoking essays: the first analyses Christianity’s relationship to culture in history, and then as actualised in the world-changing ambitions of the contemporary Right and Left, as well as a third group, the Anabaptists. World-changing is what Christianity is and has always been; yet it is not achieved easily, nor by means we readily assume.

The second essay gets to the rip-roaring nub of his argument that all three groups merely mimic the culture in their false view of power, witnessing to little more than a desire for domination through politics that offers no relief, and no counter-narrative. He calls this both ‘irony’ and ‘tragedy’ and there is plenty of sometimes hilarious evidence for the failure of all three groups, blind to their lack of appeal and, ultimately, their lack of Christianity.

Why else would so much Christian resolve and purpose produce so few goods? Why else is America ‘going to the moral dogs’, as symbolised by Hollywood, the fantastic success of the homosexual lobby, etc.?  It is demonstrably the case – and he shows it with impressive statistical research (pp. 81ff) – that ‘the most visible way American Christianity influences the larger society today is in the political realm’, as opposed to the sphere of culture.

The reasons for this, he says, lie in ‘specious social science and problematic theology.’  Christians tend to absent themselves today from ‘godless’ cultural spheres where influence might be most effective – such as film, fine art and journalism – while at the same time confronting those spheres through politics from outside with forms of verbal violence and negation: described as a ‘defensive enclave’.

They meanwhile operate predominantly at the culturally medium and low-brow levels only, failing to manifest the ‘images of beauty and loveliness that inspire imagination and thus expand the horizons of human possibility’ (p. 263). ‘Very few resources within the Christian community, in all of its diversity, go to supporting leadership in developing cultural capital in the centers of cultural production’, he says.  He shows this with some quite shocking statistical material that ranks foundations that give and to what.

This rings very true to a journalist who has sought to work appreciatively with the mainstream as opposed to ‘Christian ghetto’ media – the line of least resistance for Christian missions and churches with good stories to tell and for whom the secular media are suspect at best and hostile at worst. Only two foundations in the UK consistently fund media work, and even then it has largely been for work in the so-called ‘God slots’.

This runs counter to historic Christianity. ‘Christian faith has been enormously influential in the culture precisely because it has had a principal if not hegemonic role in the culture -producing institutions of society’ – here identified as churches, élite colleges and universities, major movements of social reform like the temperance movement, and popular culture: hymnology, music, literature and art.

The practice of faithful presence in high culture requires ‘faith, hope and above all love’ – not instrumentality and negation.  ‘The practice of faithful presence … generates relationships and institutions that are fundamentally covenantal in character, the ends of which are the fostering of meaning, purpose, truth, beauty, belonging, and fairness – not just for Christians but for everyone’ (p. 263).

False theology at the root of this nihilism is almost Manichaean in its view that the world is bad, and Christians must rail against it. Instead Davison Hunter shows compellingly that charity begins at home, the key text being Paul’s letter to the Ephesians whom he exhorts to ‘live a life of love, just as Christ loved us and gave himself up for us as a fragrant offering and sacrifice to God‘ (Eph. 5:1) – and not just love for other Christians, but for all creatures.

Yet the Christian community as presently constituted in America is ‘not remotely close to a position where it could actually change the world in any significant way’, says Hunter in a flourish of impatient dismissal.

Here we get to the crux of the book. Actually changing the world is not what Christianity is really about, he says.  ‘If there are benevolent consequences of our engagement with the world, in other words, it is precisely because it is not rooted in a desire to change the world for the better but rather because it is an expression of a desire to honor the creator of all goodness, beauty, and truth, a manifestation of our loving obedience to God, and a fulfilment of God’s command to love our neighbor.’  Change is only the net effect of caring for something more than the good created.

Those whom the Spirit lights

My main quibble with the book comes precisely at this point: if the Holy Spirit truly is abroad – and He is – let us point to Him.  Subversion is what is required and that is not negation, says Hunter, very reminiscent of Lesslie Newbigin in his seminal Truth and Social Reform.

Yet without illustrations of any kind, the denouement of this wonderful book tips dangerously and needlessly towards utopianism. There must be someone out there whom the Holy Spirit lights.  Of course, examples abound, but are not mentioned in this book:

This then is a profound, if unfinished, series of meditations that seeks to send Christians back into the world with a message of love for it. Savoured, it might nourish both individual and community and go some way to moderating the heat and fury that gave us the ‘let’s make America great again’ politics of Donald Trump.

This is not what one reader called ‘top-down mission’, advocating merely the penetration of élite spheres. The ten illustrations Hunter uses in ‘Groundwork for an Alternative Way’ are mostly bottom-up.  However, faithful presence requires all spheres to be inhabited for Christ.  That requires a greater confidence than is currently manifested in the rejection/exclusion/anger psychologies that rightly give modern evangelicalism such a bad name.

Greatness may come – but only as a by-product of ‘the offering of shalom through sacrifice’ to the world as a whole. Americans, and the rest of us, can do well to look to the suffering of our brother and sister Copts in Egypt for a model of what that might look like.