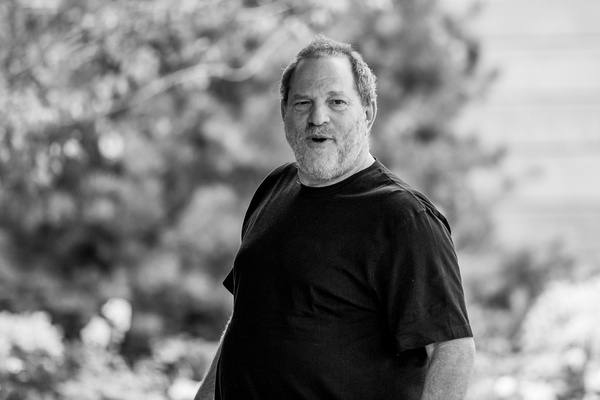 This essay was originally published by ReligionUnplugged.com

THE question to emerge from the Harvey Weinstein trial was: “Why did he think that it was sex that the women who initially flirted with him wanted?”  Why do men largely assume that is what a friendly woman wants?

Weinstein’s defense rested not just on this singular degrading fact, but on a sense of the legitimacy of sex as transaction because his victims “want something.”

Can there possibly be more to be said about this horror from a Christian point of view that is neither tedious nor prurient?

As someone who wrote a book about modern sexual mores that evinced both outrage and – in at least one instance – tears: an Iraqi-born clergyman in the Church of England told me that he wept as he re-read the introduction to my book – well, yes, I do think there is more to be said.

I wrote A Wild Constraint: the Case for Chastity as an act of contrition and redemption, years after I had foresworn a promiscuous pre-Christian life, a life saved at the age of 30 literally by St. Paul’s teaching on the body.  I am one of the few women able to speak without shame non-hypothetically from both sides of the chastity argument.  The book argued not just for sexual continence but for a recovery of the lost sense of the sublime beauty of Christian teaching on the body, knowing as I do how it really does repair and restore dignity, selfhood and creativity.  I know also how hooked one becomes on the chemicals that sex releases in the brain; on the conscience-suppressing effect of society’s indifference to sexual license and depravity; on the difficulties of saying “No” once word has got around that you sometimes say “Yes.”

Compare all that to St. Paul’s marvelous teaching on the body as the temple of the Holy Spirit. Or to Francis de Sales’ exhortations to young nuns to a holy virginity which would raise them to the top of Jacob’s mystical ladder (the ladder of the soul on its way to heaven).

Instead we have Harvey and the lovely young production assistant Miriam Haley whom he called a “bitch” and a “whore” in a way that was “supposed to turn me on.”

“‘I was just lying there motionless and just saying ‘I’m not a bitch, I’m not a whore.’”

No indeed you’re not, Haley.  But you know it only because of your unknown Christian heritage.  The long centuries of Christian struggle with sexual appetite that forged a civilization and rescued humankind from millennia of orgiastic sexual frenzy and the kind of brutality that Weinstein thought women wanted.

The secularization of sexuality has left us with transactionalism, and instead of increasing desire, has destroyed it.  The philosopher Roger Scruton points out that desire is a function of those institutions that constrain it; institutions and mores that built a civilization fit for human beings, not the animals we once were.  A dog does not desire; does not write poetry to the beloved; or compose sonatas to her; does not fashion purpose from the pain of unrequited love.  It copulates and runs off to chase a stick.

A sexuality which severs our spiritual selves from our bodies leaves women with nowhere to go – quite literally. That ends us up with the “Billy Graham Rule” – since reincarnated as the Mike Pence Rule after the U.S. vice president resolved like Graham never to allow a woman other than his wife to be alone with him.  But is that not just the other side of the same coin as Harvey Weinstein, where men assume that a friendly woman wants something?

At bottom Donna Rotunno, Weinstein’s attorney, seems to have thought that women wanting to progress their careers through interaction with Weinstein warranted Weinstein raping them.  They wanted something.  They had to pay.  And in Haley’s case, she seems to have thought so too, since she went on communicating affectionately with her rapist long after.  But why would she not, if that was all she knew?

Perversely Rotunno presented Weinstein as the victim.  She has built a career out of defending 40 clients against accusations of sexual misbehavior, from the same premise that the women whom men rape largely compromise themselves and must accept the blame for what men go on to do. But that is a law of diminishing returns.  As in Pakistan, where a raped woman needs four witnesses before she can bring a prosecution, this replicates the ancient trope that sees woman as temptress and goes back all the way to a misreading of Genesis and Eve’s culpability for the fall of humanity in the Garden of Eden, which renders her forever contemptible.

I know a very old man who believes that when little children, young women and even his grandchildren smile at him, they are being coquettish.  Whereas in fact they are humoring the old thing, and trying to make his day nice.

It is surely only right that Hollywood with its alluring propensity for profiting – nay, profiteering – from sin should have its own nose rubbed in its consequences.  Hollywood has after all excelled in usurping cultural proprieties across the world.  Bollywood has sexualized its delightfully silly routines in ardent aping of its older U.S. brother.  I remember travelling to a village in the furthest district of Nepal, where only yak trains plied the dusty main road, and where it took five days of hard trekking to cross the pass, only to find, at the community flour mill a crowd of barefoot men, hunkered down in front of the only T.V. in the village, gawping as Madonna strutted her stuff on MTV in “Like A Virgin.”

The rot set in when the Church vacated Hollywood in the 1950s.  Before then, from 1934 it had an official civilizing role – it is far too strong to say “censoring” – that not coincidentally produced the Golden Age of Hollywood.  Much derided nowadays, the so-called Hays Code, named for Will H. Hays, a former Postmaster General, who was the first head of the office of its enforcement, established in the 1930s a set of principles that kept sex in check on– and presumably off– screen, after a spate of incidents, including in 1921 the alleged rape and subsequent death of a young alcoholic at the hands of Rosco “Fatty” Arbuckle, Hollywood’s first one-million dollar star.  Arbuckle was acquitted but his career never recovered. The Hays Code began to bite  only when the American Bishops of the Roman Catholic Church organized The Legion of Decency and, in 1934, with the support of Protestant and Jewish Organizations, began calling for boycotts of films deemed unacceptable. The Hollywood studios, still reeling from the losses of 1933 due in large part to the delayed effects of the Great Depression, were forced to act.  Perhaps, post-coronavirus, they will again.

That Golden Age cast its fairy dust across the ensuing century, and even today my nieces will choose a Fred Astaire movie over any other for pure joy, even though all the films are, as they say about Jane Austen’s polite novels, ultimately about sex.  What the churches enforced, rather sweetly to our jaded eyes, was wisdom, not prudery.  The list of caveats is almost unbelievably gentle – and even then they were not meekly uncontested – but did nonetheless result in movies like Casablanca, and Gone with the Wind, movies that defined not just an era, but a medium, and defined it forever.

Feminists have horribly muddied the sexual waters for women.  They encouraged young women to see femininity as subjection, and said you must have sex as a man, without conscience, and that would set you free.  Men could “play the field” to the grave, so now thanks to the Pill and hormone replacement therapy, women could too.  Conscience, boundaries, the family, were to neo-Marxists the bourgeois attributes of oppression. For Germaine Greer, sexual promiscuity was war – against death by domesticity. Harvey Weinstein clearly convinced himself women still believed all that guff.  And some of them did.

In 2008, I wrote – prophetically in view of Weinstein, the UK Asian sex grooming gangs, Jimmy Savile – the following:

“Sex today knows no social bounds except physical health… The harder we try to realize this fantasy, the more the shadow side of sex falls on women and more especially children.”

The #MeToo movement is public morality for a secular age.  Where the Bible’s writ on the body as the temple of the Holy Spirit does not run– and that goes for most of Western culture now– we are left with the sad parade of a discredited ideology: a sub-human grasp of the power at our command, for better or worse.

The Holy Spirit is the only power that can bring into line our potential for sexual profligacy and channel it into a world fit for all to live in.  Christ himself showed us how.  He not only allowed women to travel with him, providing for his ministry, but he famously allowed a courtesan publicly to wash his feet with her tears and dry them with her hair.  And then on Easter morning, the very first publicly attested act of the Risen Lord was to show Himself – alone – to that same woman,

Chastity (which is just sex in its rightful place) builds society, creating the bonds of union through a constraining idealism. Without that hope, we are all just left with Weinstein in the bathroom, injecting himself with erectile dysfunction corrector, fondly imagining the poor trusting lamb next door is gagging for what he’s got.

Or with Billy Graham unable to trust half the rest of the human race either – forever.

A Wild Constraint: the Case for Chastity is published by Bloomsbury. Click here for a discount copy and reviews.