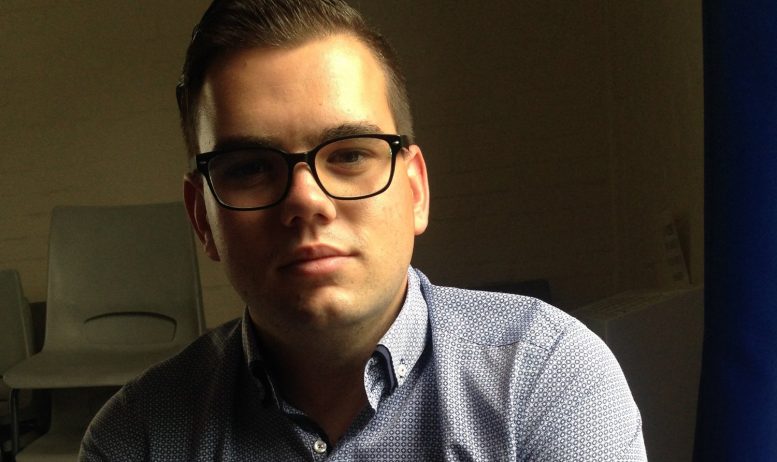 Two years after the harrowing death of jihadi Thomas Evans (aka Abdul Hakim), his brother, Micheal, still has no idea how Thomas was radicalized.

Speaking to me after a talk to Muslims in the town where the two men grew up, Michael stretches out his hands and says: “This mountain of a guy was in the palm of someone else’s hand. I will truly never know why.”

Thomas Evans, who grew up in a quiet Buckinghamshire village, became known sensationally to the world as the ‘White Beast’ for his brutality.

The boy who used to like Thomas the Tank Engine slaughtered more than fifty men in front of their wives with his own knife, slitting their throats one by one.

He died in a hail of bullets during a raid on a Kenyan military outpost on the border with Somalia, according to footage found on his body which he had himself been filming.

The ordeal for 25-year old Micheal and his mother, Sally, began seven years ago – climaxing in a bloodbath in June 2015 in Kenya, where 25-year-old Thomas was a senior commander in the Somali terror group al-Shabaab.

They first learned of Thomas’ death through a phone-call from a reporter asking Sally to confirm if it was her son who had died in a gun battle in Kenya.

“The Foreign Office had no idea. We could not confirm it so I went on Twitter and looked under his Muslim name, Abdul Hakim,” said Micheal.

What he found was terrifying: a picture of his own brother lying dead in the street with other bodies, dumped there by the Kenyan forces they had attacked.

Since that terrible day, and the nightmare of incomprehension that has followed, Micheal has learned just how high up his brother was in al-Shabaab.

“He was in a specialized unit called Jaysh Ayman, coordinating attacks. We believe he was Samantha Lewthwaite’s associate, responsible for the death of many people by his own hands,” said Micheal.

Lewthwaite, also known as ‘the White Widow’, was London Underground bomber Germaine Lindsay’s wife, one of the most wanted terrorists in the world, who is believed also to have been radicalized and fled to Somalia.

Micheal went on to found the SAFE project at charity Faith Matters, to support families of those affected by extremism, the ‘collateral damage’ that no one wants to know about.

“We got such little support from government, or anybody.  We were never given a family liaison officer. We would have had more support if he had been involved in a road traffic accident.”

Instead, his mother had to rely on the Samaritans (a telephone helpline).

Although belated, officials in the US and the British government are now listening.

The Channel 4 film he helped produce – My Son the Jihadi– won a BAFTA, and secured an Emmy Nomination in the US.

And I’m speaking to Micheal after the meeting of the Council for Christian Muslim Relations in High Wycombe which, for obvious reasons, has a national reputation and is regularly attended by former government minister, Steve Baker, and former Attorney General, Dominic Grieve.

This group was set up in the wake of the Liquid Bomb Plot that threatened to bring down four transatlantic airliners and changed the nature of air travel for ever. One of the three convicted bombers was a High Wycombe lad.

We are speaking in the church hall of the little market town nestled in the leafy Chiltern Hills outside of London that has so incongruously become a by-word for a form of religion originating in the deserts of Saudi Arabia.

I recall the words of Saudi scholar Dr Madawi al-Rasheed of Kings College, London University: “Jihadism violence is not at the margin of religious interpretation [in Saudi], but is in fact at its centre. It is essential to consider the role played by the Saudi regime in creating a context that allows it to grow.”

And Jonathan Birt, the son of the former Director General of the BBC, who as ‘revert’ Yahya Birt researched Salafi jihadism in Britain, concluded that the authorities throughout the 1990s, for unknown reasons, gave Muslim youth enough latitude to enable the ideological foundations for a “grievance theology” to be laid down.

Thomas certainly had a grievance of his own – what one academic has called ‘a cognitive opening’ – that festered. His father had dropped on them the bombshell – by phone from abroad – that he had another family and would not be coming home. This was followed a while later by the breakdown of a relationship.

Tom turned to Islam and grew a beard. At first he changed for the better, then changed mosques and became secretive, hardening his stance, refusing to celebrate his birthday or enter a room with Christmas decorations in it.  He then lost his job over his “argumentative religious attitude.”

The family had to find a way of emotionally absorbing an eye-witness account of how he personally slit the throats of all the men in a Kenyan village in front of their wives, just for being non-Muslim, on an al-Shabaab border raid.

In reflecting on it all, Micheal does not view his brother as a victim.

“He was exploited, yes. They gave him the answers to the questions he was asking. They were his brothers, his family. He was a victim up to a certain point, but as soon as he inflicted violence on someone just because of a difference of views, I cannot see him as a victim no matter how hard I try.” said Micheal.

But many worry that Islamic radicalism is not going away.

“We have more referrals to Prevent than we have ever had,” said Daniel Sullivan, Prevent officer at High Wycombe District Council and a former policeman.

“The number being radicalized is higher than in the four years I have been here,” he continues.

Police will not divulge figures ‘for operational reasons.’ However, 360 people are known to have travelled and returned to Syria and similar locations, and remain at large. Only five to ten individuals have been prosecuted.

“Between six and twelve have travelled from High Wycombe. It’s not the worst place but there continues to be a problem of radicalization and most members of the Muslim community are in denial,” says Sullivan.

“They say it has nothing to do with Islam, but it certainly does,” he adds.

But why should a form of religion so totally possess a personality that they change into the mirror image of themselves?

Micheal, regarded by Muslims now as “an ambassador for Islam” because he lays no blame at Islam’s door, says he is still searching for answers, and he’s had the guts and humanity to use that search to help the mostly Muslim families whose suffering knows no end.

“SAFE is a vehicle for myself and families like mine to find these answers,” he adds gravely.