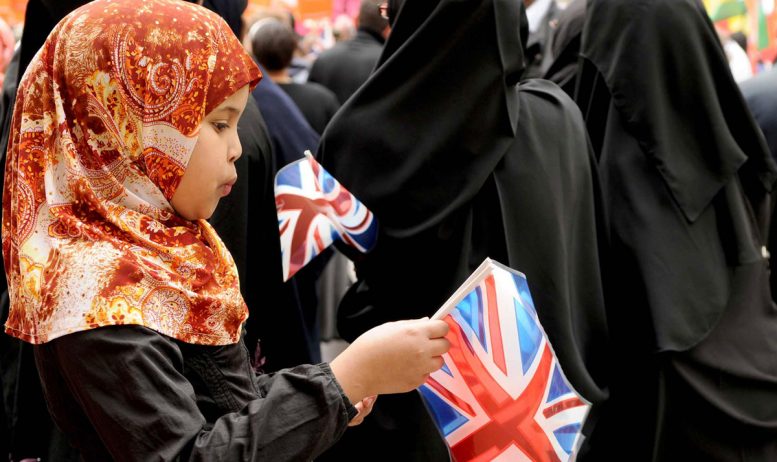 A version of this article was originally published by The Media Project.

THE Deputy Lord Lieutenant of West Yorkshire, Iqbal Bhana OBE, a Pakistani race worker who now represents Her Majesty the Queen on official business in the county, was not amused when the journalist suggested that Muslims would get on better in Britain if they integrated.

In front of the Bishop of Wakefield, the offence she had caused her fellow guest was palpable.  ‘Why should Muslims integrate?  We have our own religion and culture.  How dare people tell us how we should live?’ Bhana demanded.

Perhaps a very British response.  No one batted an eyelid.  To the journalist it was no surprise.  Former Muslim Lamin Sanneh, Professor of History at Yale, warned the UK in 1998 that secular efforts to integrate Muslims into the West would fail.

Religion trumps everything else, in other words.

Islam is a territorial religion, and although the Reformation ended the iron link between religion and state for Catholics, this is not yet the case for Muslims.  It is only when religion abandons territoriality that an inclusive state can effectively emerge.[i]

The ground is set fair then for a showdown between the secular state – which needs to govern its disparate peoples somehow – and the rigidity of religious blocs now rooted in all over the country, but particularly in the northwest and east London.

The problem for the secular state – as it was in eighteenth-century France and twentieth-century Russia – is that it has no religion of its own to glue the nation together.  Religio means ‘to bind’: but in Britain now, despite historical precedent, the majority do not believe, except in the atheist shibboleths fed to them for decades about tolerance, neutrality, and the equality of all faiths.  And the religions that there are have their own, very different objectives, and versions of transcendent accountability.

Yet, this is, whether they like it or not, the theological and ideological context within which the UK government Green Paper on Integrated Communities [see background article here] has just been published.

Cheerfully sub-titled ‘Building stronger more united communities’ it recognizes the degree to which religious and ethnic segregation have taken hold of parts of the country.

According to the last Census in 2011, within the space of just ten years, the number of majority non-White wards or neighbourhood administrative areas had increased more than 300 per cent from 119 to 429.

The report draws heavily upon a survey for a Channel 4 film called ‘What British Muslims Really Think’ fronted by former Chair of the Race and Equality Commission Trevor Phillips, in which he called for a ‘far more muscular approach to integration’.

He said:  ‘The integration of Britain’s Muslims will probably be the hardest task we’ve ever faced. It will require the abandonment of the milk-and-water multiculturalism still so beloved of many, and the adoption of a far more muscular approach to integration.’

It stops short of coercive legislation, admitting that there is still a lack of ‘understanding’ about how to monitor ‘social mixing’.  So in the interim, it will trial policies to row back on 70 years of social policy and migrant under-achievement.  [See background article here.]

‘Meaningful mixing’ is the watchword which crops up throughout the report, whether of children and young people or groups in general, and this will be monitored annually.

However, the paper admits it does not yet know what ‘meaningful social mixing’ will look like, or how to make it happen: ‘We want to understand it’ (p. 64), is all it can say at present.

This will in part be facilitated, for example, by hooking up Muslim seminaries – dar ul ulooms – to the national accreditation system for religious education.

A national council is already being formed that will – it says with a straight face – ‘issue fatwas’ on living Islamically in a twenty-first-century British context, building on the Casey Report in 2016 which noted ‘the recognition from some Muslims of the need for a clearer interpretation of Islam for life in the UK.’

And Muslim couples who have a Sharia wedding – nikah ­– will be made to register their marriage in law, as all other religions do, to improve rights and conditions for women.

The government is now calling for information on best practice that could model ways forward.

There is already plenty of good work to learn from.

Bude Refugee Support Group gets a special mention in the report.  It is run by a member of Poughill Church of England church, prayed for by her house group.  They organized the adoption of a Syrian family from the 20,000 accepted by the David Cameron government in 2015 from refugee camps in Syria.

In leafy Home Counties High Wycombe, a Pakistani Christian regularly hosts ‘qawali’ or sacred music evenings, when the local imam, one of three recently investigated by the local interfaith group for preaching Shaheed (martyrdom), attends with his acolytes.

The Muslim former mayor works assiduously as chair of the interfaith council there, to hold the ring between disparate groups and encourage honest friendships over tea and pizza, against a background of lurid media headlines that tell the grizzly rollcall of beheadings, drone strikes and shattered families from among these sweet green hills, not far from Chequers.

Despite this, and under the guardian eye of the impressive local vicar, Revd Hugh Ellis, ‘We can say anything we like’ one keen Muslim elder statesman enthused.

But the picture is very patchy.  The Tablighi Jamaat – the biggest Muslim missionary group in Britain –  exists to establish a sharia-based society and to actively encourage dis-engagement with wider society.

And the local presbytery on the tiny island of Stornoway – where two families of Syrians have taken refuge swelling the 61-strong Muslim population, are praying the first mosque in the Outer Hebrides does not get built.