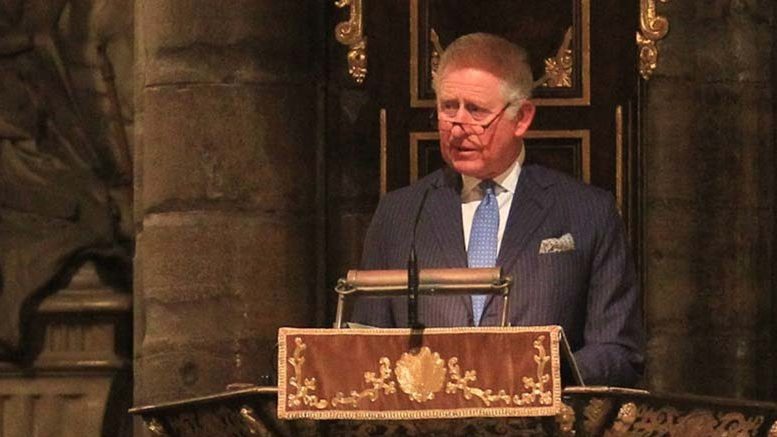 A version of this article first appeared at themediaproject.org

DURING the Prince of Wales’ two decades promoting “bridges of understanding with Islam”, advocates for suffering Christians tore their hair out with frustration. Did not the future head of the national religion get it?

Now the charismatic and devout heir to the thrones of the United Kingdom is becoming the patron of persecution – despite still apparently believing that “all three Abrahamic faiths believe in a loving, just and merciful God who cares for creation, who cares for his creatures and who expects us to care for one another.”

He made this remark last month, when he was the main guest at a ‘Service to celebrate the contribution of Christians in the Middle East’, offering a ‘Reflection’ from the pulpit of the nation’s shrine, Westminster Abbey right next door to Parliament, after the opening prayer.

It was not until relatively recently that, following intense efforts to gain his attention, the Prince began to get a truer picture.

In 2013 he made his first, somewhat halting speech on persecution, on the stairs of Clarence House, his London residence, in the company of controversial Prince Ghazi of Jordan and those clerics who had persevered in trying to educate him, particularly Canon Patrick Sookhdeo.

A spokesman for Aid to the Church in Need, John Pontifex, described the Westminster event which the charity helped organize as “unprecedented”.

“This was the Establishment recognizing the degree to which the persecution of Christians and other factors together mean we are facing a potential wipe-out of Christians in parts of the Middle East.

“This is no longer a fringe interest of the few. It has now become orthodox to recognize that at a very high level,” Pontifex said.

Prince Charles now meets regularly with the diaspora churches to hear their stories of loss and displacement.

He said how humbled their ‘grace and forgiveness’ made him.

Despite it, he still believes the past in the Middle East is characterized by ‘co-existence’.

“In these lands which are the cradle of faith for Jews, Muslims and Christians, communities of different beliefs have shown that it is possible to live side by side as neighbours and friends.

“Indeed, I know that in Lebanon Muslims join Christians at the Shrine of our Lady of Lebanon to honour her together. And I know that there are Muslim faith leaders who have spoken out in defence of Christian communities and of their contribution to the region.

“Co-existence and understanding are not just possible, therefore; they are confirmed by hundreds of years of shared experience. Extremism and division are by no means inevitable.”

This despite the fact that the leader of the Church of which he will be Governor – the Archbishop of Canterbury the Most Revd Justin Welby – has spoken of attempts to drive Christianity out of its Middle Eastern birthplace as “the biggest assault on the faith in the area since the invasion of Genghis Khan in the 13th Century.”

“The Prince of Wales has made a profoundly misleading assertion. In fact the opposite is true: Christians in the Middle East have known centuries of inequality, oppression, marginalization and martyrdom. The current exodus of Christians from their ancient homelands is not an aberration, but merely the latest episode along the bitter trajectory of decline under Muslim dominance,” said Durie.

“The Qur’an does not portray a God who expects people to care for one another. Rather it calls for believers to dissociate themselves from disbelievers in Islam, and to direct enmity against them,” he continued.

“The Prince of Wales’s historical negationism [sic] is deeply threatening. Not only does it deny the true history of the suffering church, but it would thrust Christians back into conditions of dismal ‘coexistence’ which have for so long ensured their decline and dispossession.”

Prince Charles, who will succeed his mother Queen Elizabeth II to the English, Scottish and Welsh thrones on her death, and who has already taken up her role as Head of the Commonwealth of former nations of the British Empire, has said he wants to be ‘head of faith’ in Britain, not just the Church of England.

John Pontifex at ACN said that he could not be drawn into comment on the scriptural sources of oppression.

He commended the Prince’s attendance as “garnering significant support of Muslims in certain parts of the world.”

Dr Durie, however, lays the problem of persecution at the door of the Qur’an itself, which repeatedly commends [Mohammad] as the “best example” to follow. Only by tackling what the Qur’an says about Muhammad’s example will the persecution stop, he says.

“His example includes many instances of the ill-treatment and subjugation of non-Muslims,” said Durie. “If Muhammad did not love his non-Muslim neighbour as himself, and his is the best example for Muslims to follow, how can Islam overlook the moral force of this example?”

NOTE:  The Westminster event was attended by Establishment figures, including the Archbishop of Canterbury, Rt Hon. Justin Welby, leaders of 13 Middle East churches, the Chancellor of the Duchy of Lancaster and Cabinet Office Minister David Lidington MP, and members of the Diplomatic Corps.

Abbey personnel, with three persecution charities, Aid to the Church in Need, Embrace, and Open Doors, organized the Westminster service. It was attended by leaders of many of the world’s most ancient churches, including the new Archbishop of the Coptic Church in London, Bishop Angaelos, and His Beatitude Theophilos III, Patriarch of Jerusalem, had walk-on parts and ethnic choirs sang.