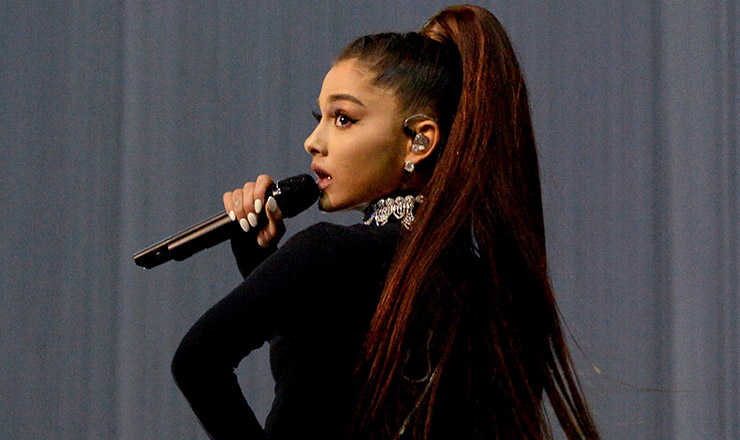 This article was first published by The Media Project.

LONDON, UK – THREE unrealities have collided in Britain, and they are allowing our children to die.

The first unreality is hinted at in the very words of Ariana Grande, at whose concert in Manchester so many lives were destroyed on the night of May 22. Grande, a 23-year-old American singer, called this her Dangerous Woman Tour. In the hit song ‘Side to Side’ she sings: ‘Tonight I’m making deals with the devil / And I know it’s gonna get me in trouble … / Let them hoes know.’

The Americanization of entertainment has no contact at all with English traditions of modesty and the protection of children against forces they cannot possibly withstand alone. Yet the Grande event has been sentimentalized in the days since the attack as a magical rite of passage – even being called ‘the most memorable event of their lives’ by the prime minister.

That the dark excess stalking such entertainment events contributed to a moral and social atmosphere in which wholesale sex grooming was able to take place without public comment for two whole decades seems to have escaped the sentimentalists’ notice. Sexuality was something that used to be held to need the constraints of parents and guardians and society as a whole. Now parents ferry their children to these spectacles.

It’s called ‘raunch culture,’ which Ariel Levy described in her angry book Female Chauvinist Pigs. It is intended to encourage a sense of girls being able to have consequence-free sex like men wherever they want it.

‘This is a world,’ says Levy, ‘in which young women attend lap-dancing clubs – as patrons – [and] simulate sex on shows like Girls Gone Wild … as a symbol of liberation. They see these post-feminist antics as a short-cut to cool.’

Raunch culture has spread to Britain from the U.S. as something perfectly normal. While the rest of us do not even notice, ordinary Muslims are angry and worried. ‘Our values’ seem to them – I know this because they have told me – to include an encouragement to prostitution that heaven knows has caused enough anguish in Rotherham and elsewhere. Levy is right when she says: ‘The new conception of raunch culture as a path to liberation rather than oppression is a convenient (and lucrative) fantasy.’

Yet journalists, who are no doubt good parents, have been completely suckered by it. Here’s just one example from pop music critic Alexis Petridis, who wrote for the Guardian a reflection on the Dangerous Woman Tour: ‘I take [my daughters aged 10 and 7] because I think those big pop gigs do something incredibly important … it gave her a first glimpse of a world that was previously outside her experience … it can provide the kind of indelible, empowering experience … giving people their first taste of freedom and independence: that strikes me as something at the top of the chart of Incredible Things Music Can do. It is also something that the kind of people who manipulate others into blowing themselves up in public places hate.’

There is something so reminiscent here of the statements of little girls groomed for sex by the Pakistani ‘uncles’ in Rotherham and Oxford and elsewhere who gave them sweets and then drugs.

‘Children were initially flattered by the attention paid to them, and impressed by the apparent wealth and sophistication of those grooming them,’ says the Home Office report on the Rotherham grooming. ‘Boys gave me drink and drugs for free… I was driven around in fast cars,’ one child told the inquiry. Yet Petridis expresses no sense of irony at the manipulation for gain of his own little girls at concerts like this one, or the ‘normalization’ of sexual responses to adults by children depicted in Grande’s films, which is part of the actual definition of ‘grooming.’

Emily Munro of the Childhood Wellbeing Research Centre says that ‘Children and teenagers with behavioral issues such as ‘high attention seeking’ have a much higher risk [of grooming] than others’ – behavior that is of course being affirmed and supported at pop concerts such as Ariana Grande’s.

Sure, if you lock girls away, you destroy society itself. But who is talking about locking girls away? Just restoring some sense of what’s at stake will do. Thus, people can make better decisions, and avoid waving a red rag in the faces of the unhinged, and the otherwise incomprehensible ‘others’ onto whom we all too easily load what we cannot face about ourselves.

For it is when this first unreality confronts the second that the tinder box is ignited. The second unreality is the belief by Salafi jihadis that they are here to win Britain for Allah and that their callous killings are deeds of righteousness against a godless people they have been drilled to hate.

Aspects of this variant of the faith make it obligatory to spread the religion and to triumph. It will not stop. Being in Britain at all, for the first time in history, is regarded as Allah’s gift to the faithful. I have heard perfectly decent Muslim academics marvel from public platforms that God has given them such access to the ‘land of war’ – the dar-ul-harb. This supremacism is part and parcel of Islam, and it is fueled by their sense of Western degeneracy. It is taught by the vast and influential Tablighi Jamaat (TJ) group of Muslims – a group hailing from India who are not Salafi jihadists like Salman Abedi, nor are they even ‘Wahhabi’ – the strict Saudi variant of Islam.

Their type of training, which views the world as ‘a toilet‘ and secularization as the second most serious threat to their way of life, has been adopted by the majority of Deobandi mosques in Britain. They see their job as to ‘combat Western and Christian cultural influences.’ According to the Muslim-run website Muslims in Britain, the TJ have ten mosques in Manchester, including a huge center in a former industrial unit. The TJ provide the tonic to the Salafi gin.

The third unreality, and perhaps the deadliest because it plays host to the other two, is the kind of political grand-standing by religiously illiterate senior politicians like Andy Burnham, former Labour leadership candidate and now mayor of Manchester. Burnham publicly opposed the government’s ‘Prevent’ scheme, which targets Muslim radicalization, and he said on TV earlier this week: ‘To describe Salman Abedi as an extreme Muslim is like describing Jo Cox’s killer as an extreme Christian.’

He could not be more wrong.